We had been in our rented Victorian house for a few months before anything really happened. Not knowing the house, we put any taps, bangs, and drafts down to pipes, or the house settling and blamed smells on bad drains.

I first realized that there might be something wrong when I found myself anxious to move around the house when I was on my own. I wasn't too worried when it was daylight, but when it got dark the house seemed to take on a different atmosphere.

Due to my partner working late, I tended to be on my own until 10 or 11 at night. I would try and stay in the lounge where possible, and dreaded that I would need to go to the toilet and walk past the bottom of the stairs. On many evenings, I'd stay rooted in the lounge until Andy came home -- at the age of 24, this felt rather silly.

The first significant activity started when we began to redecorate. One evening Andy was in the spare room on his computer and I was in our bedroom reading. We heard the most horrific crashing and both ran towards each other's respective rooms, meeting on the landing. We had both thought the other person had fallen or dropped something. We tracked the noise down to the built-in cupboard in the spare room. I had all my shoes stored in a big, plastic crate -- it looked as though someone had picked the crate up and thrown all the shoes in the air -- they were everywhere. The stranger thing is that this crate is so heavy that it takes 2 people to lift it (Andy frequently complains of my shoe collection!).

Both feeling slightly unnerved, we decided to go to bed. For the next 4 hours or so, we were plagued with banging on the walls and what sounded like someone walking around in the spare room and up and down the stairs. Having Andy with me, also awake, I didn't feel as scared as I might have if I was alone or the only one awake and I eventually got to sleep.

The next instance came about when we were looking for my electric disco ball to take to a party. We hunted high and low for it, but to no avail. Andy then went into the under stairs cupboard to get something out and the disco ball was balanced in the edge of the clothes horse. I have no idea how it stayed where it did, because by the laws of gravity, it should have fallen straight off.

Trying to ignore these things, we were pleased to welcome my sister coming to stay for a holiday. Being a teenager, she kept odd hours and would frequently still be downstairs at 1 or 2 AM watching TV. Just before going to bed about 2 AM, she went outside for a cigarette. Standing on the backdoor step, she was suddenly very shocked when the piano started playing itself... not a proper tune, just random notes. She finished her cigarette very quickly after that display!

After she left, we resumed the decorating and were in the lounge having a rest from painting the bathroom. When we went back up to start again, all the paintbrushes were stood up vertically in the bathroom scales. For some reason, this in particular freaked me out.

We hadn't told anyone about our ghostly goings on for fear they might laugh or think we were all slightly odd. Our friends were to find out first-hand when they came round for an evening. We were sitting in the dining room and started talking about ghosts. We finally admitted that we thought there might be something in our house. Our friend, Gary, had only just started saying how he was very skeptical, when a loud, male laugh came from the corner of the room -- Gary has since changed his mind about our house!

The final straw came when we had gone to bed -- I'd had trouble sleeping and hadn't had more than 2 hours sleep for about 4 nights due to footsteps and very strong smells of sewage and cigar smoke lingering at the top of the stairs. Andy was fast asleep and I was staring at the clock watching the display change to 2:30 AM. Suddenly I heard what sounded like swishing and the floorboards were creaking. I felt a breeze, like a breath, on my face and then the pillow depressed next to my face as though someone were lying next to me. I woke Andy in a panic and then we both had the duvet pulled off us. We didn't get anymore sleep that night and both sat up in the lounge with a couple of large drinks.

The next day Andy started looking for some help and came across a man who claimed he could provide a "spirit rescue" service which should cleanse the house. Andy spoke to the man, feeling slightly daft to be describing the things that had been happening. The man told him to be firm with the spirit and tell it to go away and not bother us. If it persisted, he said we should call him back and make an appointment.

We went about our next days in relative peace, until the following weekend. Andy had just come in from the garden to see an elderly man standing at the bottom of the stairs who promptly disappeared. That evening when the usual banging started, Andy told the ghost, in a very firm voice, to leave us alone and be quiet and that we had a way to get rid of him if he didn't behave. We also made sure we kept the Spirit Rescue business card within clear view. For the next year we lived in peace. I wasn't scared to move about the house and I even happily spent a week alone in the house with no problems -- it was like a different house.

We finally found our dream house -- a 200 year old cottage in need of renovation. We had our offer accepted and started work on our new house, eventually getting a move in date. We packed all our stuff and said goodbye to the ghost -- the strangest thing is that the house still felt full even though there was nothing in it.

Amazingly, our new house (100 years older than the one we just left) has the most serene and comfortable atmosphere and I am pleased to say that I never feel scared, even when I am alone and having to go down to the cellar in the dark! I still wonder whether the people that moved in after us ever experienced our ghost. 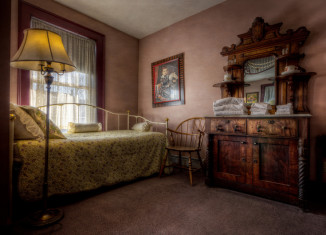 Name: Anna Montgomery Location: Briargate, Colorado Date: Summer 2017 I was young, and I was trying to... 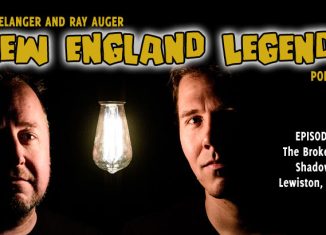 In Episode 276 Jeff Belanger and Ray Auger head to Lewiston,... 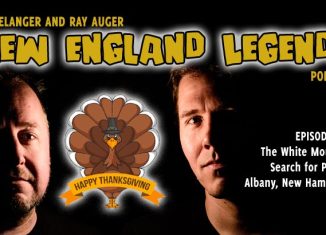 In Episode 275 – the Thanksgiving Special – Jeff Belanger and... 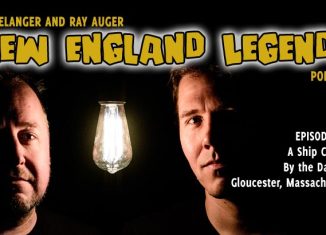 In Episode 274, Jeff Belanger and Ray Auger sail out of... 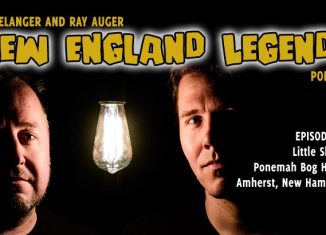 In Episode 273, Jeff Belanger and Ray Auger hike into Ponemah... 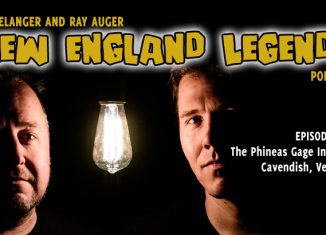