Welcome to the Web’s largest and most comprehensive supernatural community! Ghostvillage.com was launched in the autumn of 1999 when writer Jeff Belanger put up the site to host a few articles he had written on the supernatural. What started as six simple Web pages has exploded to more than 50,000 pages of content with contributions by people from all over the world. The Web site averages more than three million hits per month as tens of thousands of “Ghostvillagers” visit to read, weigh in, or learn about this very big subject.

Our mission is to openly discuss ghost research and evidence. Ghostvillage.com is the place where paranormal investigators, those who have encountered a ghost or spirit, people curious about the paranormal, and even skeptics come to share views. Though we may not agree with all of the ideas posted on the site, we do welcome all viewpoints.

Jeff Belanger still runs Ghostvillage.com with the help of a great team of message board moderators and online content editors. 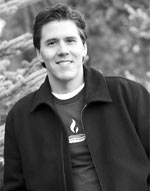 Jeff Belanger, Publisher/Editor-in-Chief
Jeff Belanger founded Ghostvillage.com in October of 1999. He has been writing for publication since 1992 and has worked as a magazine editor, journalist, freelance writer, and has authored numerous books on the paranormal — his books have been published in six different languages (so far). He’s the host of the paranormal Web talk show, 30 Odd Minutes, the host, producer, and writer of the Emmy-nominated New England Legends series on PBS, and he’s lectured around the world to audiences big and small, and he’s become a recognized media personality — appearing on hundreds of radio and television programs worldwide including: The History Channel, The Travel Channel, PBS, Living TV (UK), The Maury Show, The CBS News Early Show, CBS News Sunday Morning, National Public Radio, The BBC, Australian Radio Network, Coast to Coast AM, Darkness Radio, and The ‘X’ Zone. You can visit his personal Web site at: www.jeffbelanger.com. Jeff currently haunts Massachusetts. 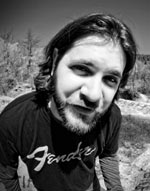 Frank Grace, Photographer
Frank C. Grace specializes in high dynamic range (HDR) photography that turns renowned haunted buildings into stylized, yet creepy, works of art. Frank has been photographing weird and wonderful New England for the last ten years. He combines his camera and eye with Photoshop manipulation to bring out the surreal aspects of his subjects. He’s been a finalist for Ron Howard’s “Project Imagin8ion” and “Project Imaginat10n” for the last two consecutive years of the contest and loves all things ghostly and haunted. Frank uses a Nikon D800E, 36 megapixel DSLR with a variety of wide-angle and fish-eye lenses. He has photographed such historic haunts as the Lizzie Borden B&B and Museum, The Mark Twain House, and Slater Mill. In 2014, Frank’s produced the 2014 Haunted New England calendar with stories by Jeff Belanger for Tide-Mark Press.

Most of the original photography on Ghostvillage.com is by Frank Grace unless otherwise noted. You can visit Frank’s photography Web site at: www.trigphotography.com.