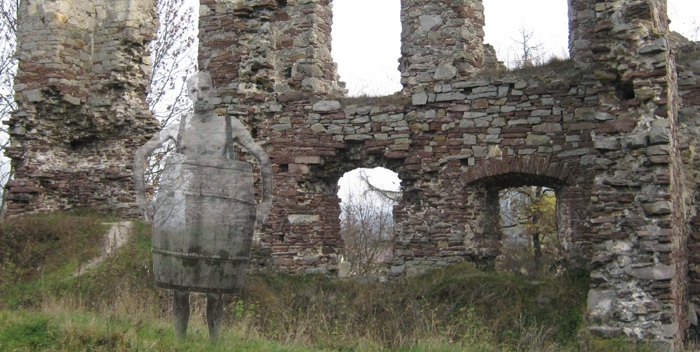 Not to worry… Ghostvillage.com isn’t going “blue” this month. And we’re not turning into that kind of Web site, either. But we are asking a simple question with a complex answer.

I first heard this question from a skeptic almost 20 years ago. “A person may have a soul or spirit,” he said. “But would their clothes? Their military uniform? Wedding dress? Blue jeans?” I thought it was a great question. And a fair one. One that forces us to go further down the rabbit hole—and I’m always a fan of that.

Let’s start with a little ghost theory. There’s the concept that some ghosts are like a movie that plays over and over again in a location. Maybe a tragic event took place that left some kind of energetic imprint that some people are able to view even decades later. Those ghosts would be clothed in whatever garments they were wearing when that imprint was made. Each color has a frequency, so why wouldn’t the texture and look of the fabric get captured just as the person did?

Then there’s the discarnate soul theory. Grandpa dies at age 80, and a few weeks later he appears before his grieving widow looking as he did around the time he was 30 years old. He’s young and healthy-looking, dressed sharp—or maybe even casual. But he is dressed. Soon after that encounter, that same Grandpa’s spirit appears before his grieving grandson looking maybe 70 years old. He’s older, but healthy-looking and smiling at his grandson with a message that says things will be okay. And thankfully, Grandpa’s spirit is also dressed for his encounter with his grandson. I mean… imagine if he wasn’t? There’s Grandpa’s naked ghost in front of his grandson…. Talk about haunting someone!

So maybe the apparition is a projection of what the spirit wants us to see? Go ahead, close your eyes and take a mental image of yourself. I bet most of you (there’s always a few exhibitionists out there) were dressed. Maybe spirits work the same way. One consciousness projects an image it wants the other consciousness to see. Or maybe the living person senses the energy of the loved one who passed on and interprets that energy in the most positive view from their memory.

I saw a funny meme going around social media a while back. It said, “Every time you get dressed remember that, if you die, that’s your ghost outfit forever.”

It made me laugh, but it also begs another question: What does our soul or spirit look like? Does it look like ourselves? And if so, when? Our 20-year-old-selves when we were in prime physical shape? Our carefree childhood selves? Or our cancer-ridden selves near the end of life? Or one of those foggy-colored dust orbs I used to capture on my cheap digital camera?

For me, I hope my spirit looks like my 1988 self, complete with parachute pants, glowing green neon t-shirt, and my magnificent mullet hair. ‘Cause that ghost would be totally awesome.