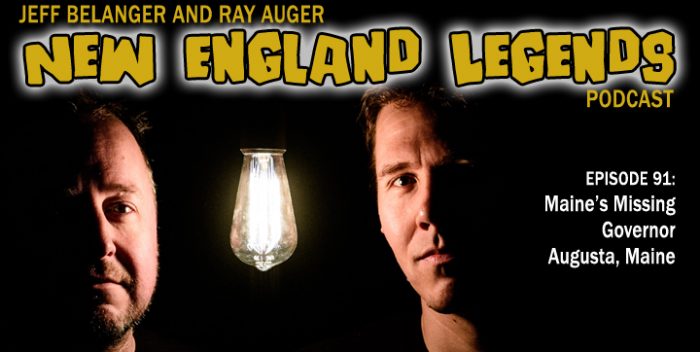 In Episode 91, Jeff Belanger and Ray Auger explore Capitol Park in Augusta, Maine, searching for the final resting place of Gov. Enoch Lincoln, who died in office in 1829. A stately tomb was erected for him in 1842, a stately tomb is erected for him in the park across the street from Maine’s Capitol Building. The only problem is, in 1986 during an inspection of the tomb, workers discovered his body and casket were gone!