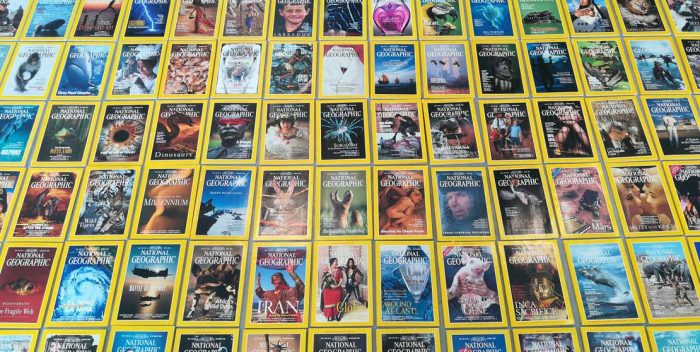 In late October 2004, my father passed away at the age of 86 from congestive heart failure. Even though the family knew that he had been sick for over a year, it was hard for some of us to accept his death. My father was a brilliant scientist specializing in the field of underwater seismic activity in the ocean. He earned his PhD at the famous Scripps Institution of Oceanography in the early 1950s. He was well-known his field. Early in his career, he was given a free lifelong subscription to the National Geographic Journal. He was proud of his collection and only let us read them under his supervision. We were never allowed to dog-ear pages or cut pictures.

About four days after he passed, I had a strange dream where I was sitting in a small room. I was sitting on a brown couch and my father was sitting across from me going over stacks of papers. He smiled at me and asked if I could help him. He said that he was preparing for his life review and he had an urgent request before he started. He looked at me and said, “Please tell your mother not to get rid of the National Geographic magazines.” These were his prize possessions. I promised him I would tell her. She kept her promise.