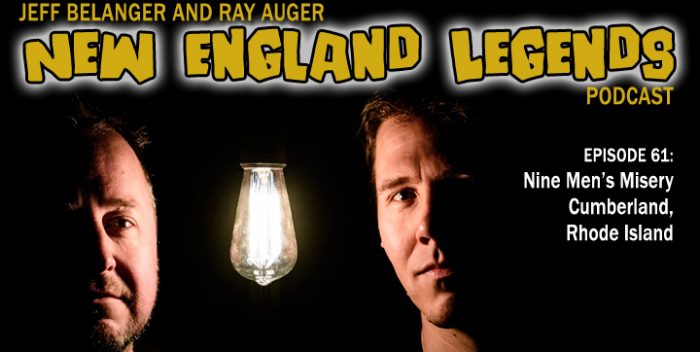 In Episode 61 Jeff Belanger and Ray Auger explore the woods around the old monastery in Cumberland, Rhode Island, in search of nine ghosts said to haunt this forest. Back in March of 1676 during the King Philip’s War, something horrific happened on these grounds, and though that may be the beginning of the haunt, it’s not the end of the story. More than a century later something happened that made a bad place worse. We’re on the trail of ghostly apparitions and disembodied screams at Nine Men’s Misery.