The trouble with Witches is they are not organized. Unlike the Christians and Moslems, the Witch community does not have a centralized media campaign through which they can defend themselves publicly on a wide scale basis. The Witch community could unite together with a publicity campaign to right the wrongs and mistaken identity forced upon them. As a result, they would have less problems of discrimination, bias, and ongoing hatred from organized mainstream religion.

Witches have had a bad reputation forced upon them by the major religions. The Burning Times resulted in the deaths of those who embraced The Old Religion known as Witchcraft. If you torture or kill a Christian or Moslem, that person becomes a martyr. But if you torture or kill a Witch, organized religion looks the other way.

Of course, Witches do not tithe which is the backbone of modern religions. Witches instead give a moral and ethical tithe by helping to protect nature and the environment.

Witches do not believe in a Jesus Christ, Satan, or Mohammed. Their beliefs are based on positive nature worship. Nature worship may involve many gods and goddesses, or one of a particular personal choice. It is not the worship of a person, but worship of a symbol which represents a reflection of a designated aspect found in nature.

There is a very old proverb which says “Truth Will Out And Become Known.” It is time the Witch community sees that the truth does get out to the public and become known. 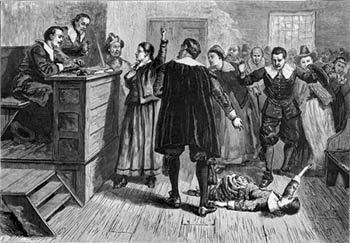