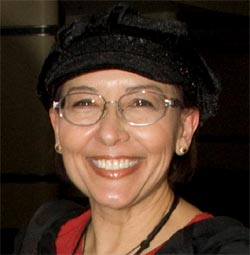 Dr. Pamela Heath is an author, artist, lecturer, and psychic. She obtained a BA in psychology from the University of Missouri in Columbia in 1976, and an MD from the University of Texas Medical Branch at Galveston in 1980. Dr. Heath began having spontaneous psychic experiences in the early 1990s. In 1995, she returned to school for a second doctorate degree (Psy.D.), this time in parapsychology from the American School of Professional Psychology and Rosebridge Graduate School of Integrative Psychology in California.

Dr. Heath has 13 years experience investigating hauntings and spontaneous paranormal events, and has appeared on television as both as a parapsychologist and a psychic. She is a full member of the Parapsychological Association, a member of the Society for Scientific Exploration, an Associate of the Society for Psychical Research, and co-founder of the Paranormal Research Organization. She has published journal articles and textbook chapters on psychokinesis, place memory, experiential research, and the survival of bodily death. Her current books include The PK Zone and Suicide: What Really Happens in the Afterlife?. Handbook to the Afterlife, will be available in April 2010.

How did you first get interested in parapsychology and esoteric studies?

Dr. Pamela Heath: I had already been a physician for many years when I started having psychic experiences. It really freaked me out, but it also made me curious. How could I do things that science (as I then knew it) said were impossible? It wasn’t like I’d meditated on some mountaintop for thirty years. So, if I could do this, so could everyone else. It had to be normal. This started my quest for understanding, which ultimately led to my moving to California so I could get a doctorate degree in parapsychology.

What unique challenges do women working in the academic side of parapsychology face?

There’s actually a long history of leading women in the field, beginning with Eleanor Sidgwick (a pioneer in women’s education in the 1800s), and continuing on with Louisa Rhine, Gertrude Schmeidler, and Rhea White to name a few. So, to be honest, I don’t think our challenges are any worse than they are for men in the field. None of us are taken seriously, there’s very little funding, and few outsiders seem to understand what parapsychology studies or how much good research there is in the field.

Do you feel women are more likely to experience the paranormal than men?

Absolutely not. As someone who knows the research fairly well, it drives me nuts how often people accept these kind of myths as “established fact” when they are nothing of the kind. Now there is an online parapsychology library, it’s easier than ever to ferret out what the research truly says — and we have more answers about these things than most folks realize. As it is, there are actually a number of streams of evidence that say men and women are equal in their abilities to experience (or perform) the paranormal.

Let’s start with the formal research. Any gender difference here? No. Men and women score the same in experiments, whether for ESP or mind-matter interaction (sometimes called psychokinesis).

What about human poltergeist agents? That’s where we most often see spontaneous psi manifest in the field. Any gender difference there? Only if the culture is more sexually repressive of one gender than the other. Otherwise, it’s 50-50 male-female mix.

What about mediums? You see more women psychics on Western TV shows than men. However, that’s not due to talent but societal norms. If you look at other cultures around the world where being psychic is considered a male purview, guess what? You see more male psychics than female ones. What about if the culture says both men and women have equal talent? Then that’s what you see, a 50-50 split. However, where women are expected to be the ones with intuition (as in our culture), you get an imbalance in whose willing to be visible in that public role. It’s about peer pressure and norms as much as anything.

What about Controlled Remote Viewing? I’ve done it and although it’s not the same as classical clairvoyance, there’s no doubt in my mind that it’s psychic. But it’s billed as a “martial art” and a way of developing “Jedi powers.” That really appeals to guys. The military knew how to sell it to them. It’s psychic but not woo woo psychic — it’s manly psychic. So, what happens? You end up with a lot more male Controlled Remote Viewers than female ones. Of course, women can be just as good with the same training. What you see as a gender gap is only an artifact of how the technique is sold to the public.

Our culture is far more accepting of psychic abilities in women. There’s even a phrase for it: women’s intuition. You don’t hear about “men’s intuition.” However, where women can openly speak of being psychic, it’s not considered okay for men in our culture. Because of this, men are more apt to call their experiences “instinct,” “gut feelings,” the “blue sense” (in cops), or some other phrase that lets them fit in with the “norm.”

One other thing to be aware of is that what any of us can or can’t do as a psychic is determined by what interests our unconscious minds. For many women in our society, this is more apt to involve relationships and people, whereas for the men, psychic experiences often have to do with survival or being successful in their professions, because that’s what’s important to them. So, you see differences in the types of experiences and language used to describe them that are culture-specific rather than due to gender per se. Go to another culture, and it changes.

You’re also a visual artist, do you ever tap into your paranormal side for inspiration?

That’s an interesting question that no one has ever asked before. I use an altered state of consciousness when painting — six hours can pass and I’ll have no awareness of time at all — and will tap into the essence of whomever or whatever I’m painting in order to capture it. Also, sometimes I’ll use intuition to sense what needs to be fixed, the right color, to add or how to apply my brush. However, using psi for painting falls under the category of a double-edged sword. I often get more life and personality in my pictures than was in the source photo/model/still life display. However, there are some people and things that I refuse to paint, because I simply don’t want to connect to them.

In your career have you seen a shift in the roles women play in paranormal research?

Not particularly. In general, men show more interest in “hard” formal, experimental research and the women in subjective experiences and qualitative research. Of course, like any generalization, there are major exceptions to this rule on both sides.

That’s one of those things that is difficult for me to judge. However, I don’t really feel it has affected things much either way. Some people probably treated me better and others worse, but it all balances out in the end. I am not sure how much of my experience on this has been affected by my having such a strong academic background and years of mainstream medical practice. I put it out there that I expect to be respected and know what I’m talking about.

I suspect you’d know that far better than I! What is it? Perhaps that we are “flaky”? I did get a condescending email once from a complete stranger who accused me of being lost in a fantasy land because reality was “too painful” for me. It kind of made me laugh, because they clearly had no idea how grounded I am. However, I suspect my male colleagues get similar mail.

What new projects are you working on?

I have two nonfiction books coming out this year. The first is Handbook to the Afterlife (to be released by North Atlantic Books on April 20, 2010), which covers a variety of spiritual-religious takes on the topic, the developmental stages of the afterlife according to channeled material, how souls can get stuck at various points, and what can be done to aid and connect with the dead (which can be used by all of us — not just psychics). The other book is Mind-Matter Interaction: Historical Reports, Research, and Firsthand Accounts (to be released by McFarland in Spring/Summer 2010). It is an expanded, updated, and revised version of my earlier book, The PK Zone, which updates the experimental research up to 2009 and really should be more readable. Mind-Matter Interaction is intended as a textbook, but is great for those who want to learn the experimental literature (good for talking to skeptics, because most of them haven’t bothered to read the research).

Things currently in the works include three paranormal screenplays, a novel, and a new nonfiction book on the unconscious mind and how to work with it. Plus I have a number of paintings to finish! I never seem to have trouble staying busy.