It was around at the beginning of January 2010 when I received a called from a gentlemen from California. He was interested in my photos and stories that I have on Ghostvillage. He told me that there was going to be a new ghost show coming out this summer called My Ghost Story, July 17, 2010. The network was A & E's Biography Channel, and they would like for us to be on their new show and wanted to know if we would be interested in it.

First I thought, Oh no, not another person getting us all hyped up thinking they are going to do a show and then let you down. But we talked about it for almost two hours on the phone. He said the picture that really sold them was the one that I placed here on Ghostvillage — the one of the apparition of a woman hanging from her neck from the tree limb.

I asked him, are you sure this isn't a joke? He laughed and said no. I told him I need to have a contract. "No problem," he said. They will pay for everything. Within an hour a lady called me from Los Angeles. She said she would e-mail us a contract and we must signed it and fax it back. She said the plane tickets will be sent to us in a few days. I couldn't believe what was happening here. This was my time to tell My Ghost Story to everyone in America.

Sure enough the tickets arrived like she said they would. My friend Rai broke his back and couldn't make the trip, but they told us once I did the interview they will come to our property and home to film, then they would interview him.

I left two weeks after I talked to the gentlemen, boy how things move so fast with everything. I left from Pensacola, Florida on a Friday morning. From the time we left that morning something followed me (meaning spirits) — everything went wrong on the plane. The plane was supposed to fly at 50 to 60 thousand feet, but something went wrong with the air pressure so we had to fly only 10 thousand feet all the way to Dallas. Then everyone thought, Okay, everything will be okay when we get there. No, we got the same plane again. We were supposed to arrive in L.A. around 7:00 PM, but we didn't arrive until 11 PM that night. Boy was I tired.

Once I got to L.A. they had me staying at the Four Points Sheraton in Culver City — smack dab in Hollywood. Wow! I couldn't believe I was here. Well, anyway I got my room, but when I walked into the room, something was wrong here. I could feel a presence. I brought my camera so I dug it out and right away snapped a picture and caught a middle sized orb by the TV by the window. I thought, Oh boy, the spirits followed me here from my house. Well, I was tired, I just feel asleep.

I woke the next morning, had breakfast, and then they called me and told me that they wanted me at the studio at 3:00 PM. They came to pick me up, and arrived on time. While I was getting makeup on, I met some real nice people from Massachusetts and Maine. They all had the ghost stories to tell. Some told theirs the day before. Anyway, they sat me down, and interviewed me. I want go through the entire story, but you will see it on A & E's Biography Channel on August 14 at 10:00 PM, so everyone needs to check your listings to see when it comes on. Every part of the country will be a different time.

But the strangest thing that happen to me while I was telling my story was I emptied my pockets out with everything in them except my cell phone, but the producer checked to make sure it was off. He said I could place it back into my shirt pocket. Well I was talking for a while then when I was talking about how the spirits have the control of any electric things in our house everything goes crazy. That's when my cell phone went on by itself. I freak out. I wasn't ready for that. My hands weren't near it at all. Now I was miked, but the producer wasn't. So while he was talking to me you could only hear my voice, not his. He said, "I know, I watched your hands. They were in the air when it went off. Everyone on the set went crazy. There was a lot of oohs and ahhs. No one could believed it. Anyway, I took it out of my pocket to show everyone. I turned it off. The producer said then maybe something followed you from your house.

The interview went great. I had a lot of problems when I got back to the room that night. The water in the toilet went haywire and they had to shut half of the water off in the Hotel because they couldn't shut the water off in my room. I went to flush the water in the toilet and to take a shower, and all of a sudden the water was spraying straight up like a water hose. I couldn't believe it myself, either. The guy that came to fix it, he was stunned. Anyway, it flooded my room. They had to give me another room down the hall. I had a rested night and flew back the next morning.

When I got to Dallas I had problems with what I think was the same plane we came across over, because it broke down and the airlines had to put us up for one night in Dallas. Boy that was a bad night too. The water in the bathtub didn't want to go down, and I just gave up. I just went to bed and the next morning I was in a hurry just to get back to Florida. What a trip!

At the end of February they came down to film our home and property. Here are some pictures I have taken during the interview and during the filming while we were outside. They caught a lot of strange paranormal activity. I'm not allowed to say what went on here, but you can see it on the show. 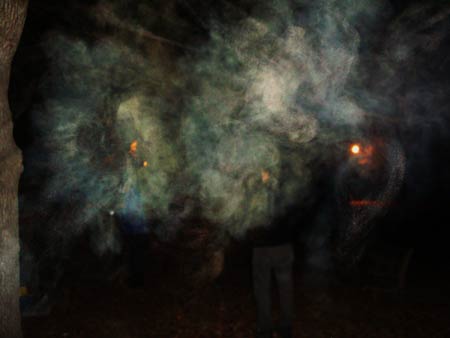 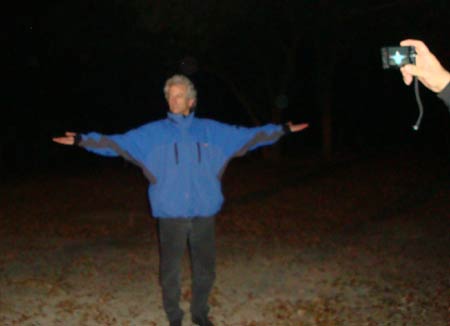 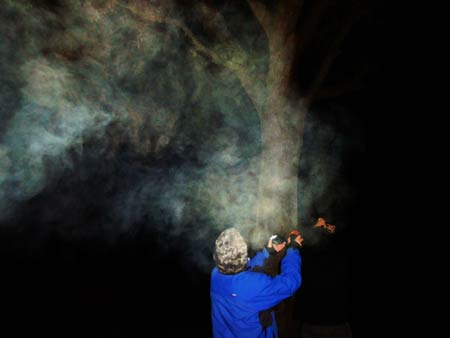 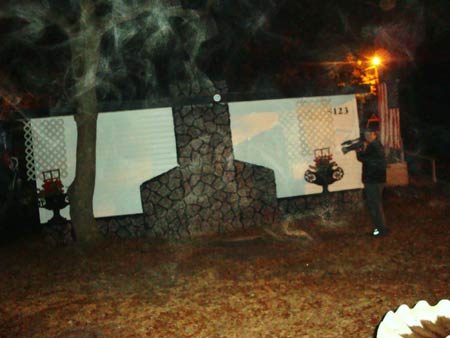 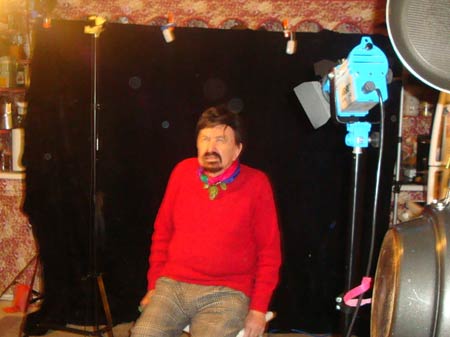 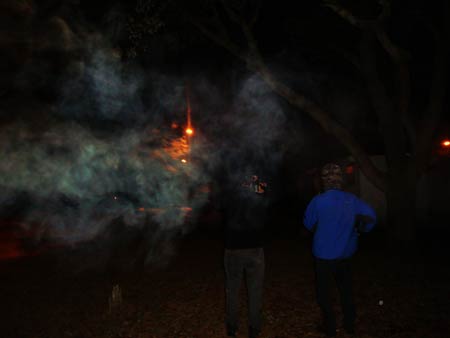