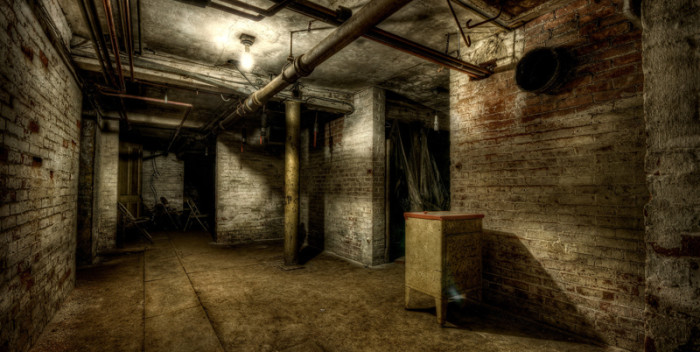 Today was fairly normal until about an hour ago, that is. I couldn’t sleep. I got out of bed and apparently my 11-year-old sister, Addison, was up, too. I went out in the living room where she was sitting on the couch doing her own thing. I didn’t really pay attention, but I think she was making stuff out of boondoggle or something. Anyways, I sat down on the couch and pulled out my laptop, talking to my friends on social media, and also researching another case I’ve been working on trying to identify a spirit spotted up in American Fork Canyon. I’m an amateur paranormal investigator, if you can even call me that. Basically, I’m a curious teenage girl who reads a lot. Anyways, I got this uneasy feeling all of the sudden. I felt a bit nauseous and I smelled something weird. It smelled kind of like garbage, rotten eggs, and horse dung was what was strongest. It wasn’t just me, though, my sister smelled it, too. She said something along the lines of “What is that? eww.”

I walked into the kitchen to get a drink and then I almost jumped. My mom has this big, old-fashioned stereo in our living room and it randomly turned on, full blast. My sister screamed and seemed just as shocked, she didn’t turn it on, either. At this point I was a bit nervous, and so was my sister. I told her to go to bed, and after a few minutes, she did. I could tell she was scared, but I told her it was nothing. Which was pretty much a complete lie, but I wasn’t even sure what was going on. So, I just sat back down on my computer and a few minutes later a poster in my hall fell down. Pretty normal, but still, I was really nervous, so I went over and rehung the poster and then I heard the TV from downstairs. My other little sister — five-years-old, actually — I thought she must still be downstairs watching Justice League. It was like 10:30 by then, and I was going to go tell her to go off to bed, and then I heard giggling from downstairs, like a little girl — it sounded kind of like my sister. So I walked over through the kitchen to the top of the stairs, and then I turned around and my little sister, who apparently was also feeling a bit restless, walked in the kitchen. I panicked and ran over to the cupboard to grab the salt canister. Who knows, it could have been a robber down there, but it didn’t feel like it. I have read that salt represented purity and it was supposed to protect you from spirits, which may have been complete crap, but I grabbed it anyways and headed downstairs. As I went downstairs, I remember hearing the giggling, but as I reached the bottom, it all stopped, the TV went off, too. So I looked around downstairs and then I heard the giggling again. Only the moonlight was shining through the window and I was stupid enough not to bring a flashlight. I turned my head and I saw something. It was black, and it moved fast and disappeared. Like a black outline of a person that was filled in. Just black. The giggling stopped and I sprinted up those stairs as fast as I could, because when I saw that thing it was just for a second, but I felt this feeling of evil. I ran upstairs and by now everyone was in bed. I went in the living room and opened the salt and made 3 circles of salt and sat in the center one. I didn’t know if it would protect me, but I was scared and panicked.

I kept looking because down that hall was all my family’s bedrooms and I didn’t want this evil thing going down there. I would have told my family if I could, but they probably would have thought I was a nutjob and sent me in for therapy or something. So I sat and waited and eventually, I felt calm. I think it left, I haven’t seen it again. I will report if it returns. I may have been just researching ghosts, but that confirms it, that thing, I know it was real. Maybe I am a nutjob, but I felt that thing was evil, and those other things, the stereo turning on and the weird smell, which is gone now btw, my sister heard and smelled that, too. This thing scared the crap out of me. I’m 13 years old and I don’t know where to turn to, but it’s good to get this thing off my chest. I don’t know if you just read the stories, or if you will contact me back, but I don’t know what to do. I don’t know if this thing will return or what to do if it comes back. I’ve researched all kinds of stuff on the paranormal, but no one seems to know a surefire way to deal with it. Like yeah, I know there are ghosts now, so what do I do about this?