The deep yearning to make a connection with lost traditions of superstitions and folklore always have me searching for the little details that have been forgotten. Luckily, I have access to the Internet. On a late-night philosophical conversation, I might argue that technology has brought with it the end to cultures rich in folklore and superstition, but for this article we will highlight the Internet. It provides me access to a quick answer, a plan, a teaching tool for my family. Researching and learning, scrolling in a dim light lit by my dying cell phone in the late hours, I was immersed in the superstitions of June. Growing up in the Bible Belt of Missouri, June was the end of tornado season. With the looming gray wool clouds and greenish hue, as the birds and crickets grew quiet, families rushed in preparation for bad weather and mother nature gave me an enlightened perspective; I am very small. I have learned to watch the clouds in preparation for a storm and some could say that is a form of divination, a reading of omens from the gods above. Some could say meteorology. Aside from my superstitiously-thick connotations associated to memories I have in this time of year, the end of spring, there are many cultural superstitions that are associated with June.

For those Christian readers, take into account the following passage:

“Let anyone with understanding calculate the number of the beast, for it is the number of a person. Its number is six hundred sixty-six.” (Revelation 13:16-18, New Revised Standard Version) 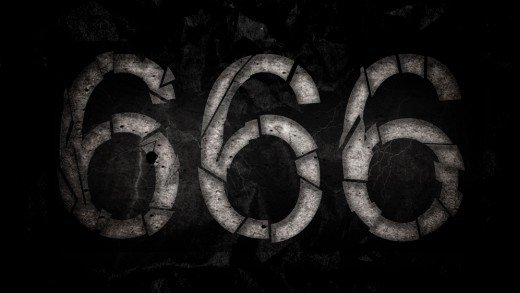 Let’s consider the divination tool of numerology, metaphorically analyzing the use of the numbers 666. Because June is the sixth month in the calendar, at 6:00 PM on the sixth day shouldn’t we be expecting Christians to shiver at the presence of a beast? A fellow psychologist, Dr. Phillips Stevens, an associate professor of anthropology explains the unique magical thinking he associates with most superstitions. “People everywhere believe that things associated with other things, through actual contact or just some similarity, have causal relationships, even over space and time,” Stevens says. “Things associated with good events or great people can bring good fortune; things associated with failure, disastrous events or evil people carry some of that negativity with them.” Uniquely, just as culture changes and stories evolve, the superstitions behind the number 666 are widely regarded as a misinterpretation. The symbol of the beast, referred to in revelations story, is not the beast Satan, but in fact a representation of several other evil entities found in Scripture. Communication mishaps, censorship through history, incorrect translations, and errors in equivalents of Hebrew letters, can all partially be blamed for the distorted superstition of 666.

Many others superstitions plagued the month of June, and how they continue to grow through time will be dependent upon you and your storytelling. Perhaps you research the analytical truths or seed of reality in each story, or perhaps you like to get lost in a little magical thinking. I would love to hear your superstitions, folklore’s, and stories related to the month of June. Submit them today by clicking on my link found here at Ghostvillage.