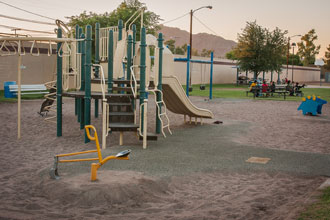 The location of the sighting was Paiute Park, near 64th Street and Thomas Road, Scottsdale, Arizona. It was 1994.

My name is Eric Thurston. Before this event, I had little interest in ghosts. Afterward, I was a believer. 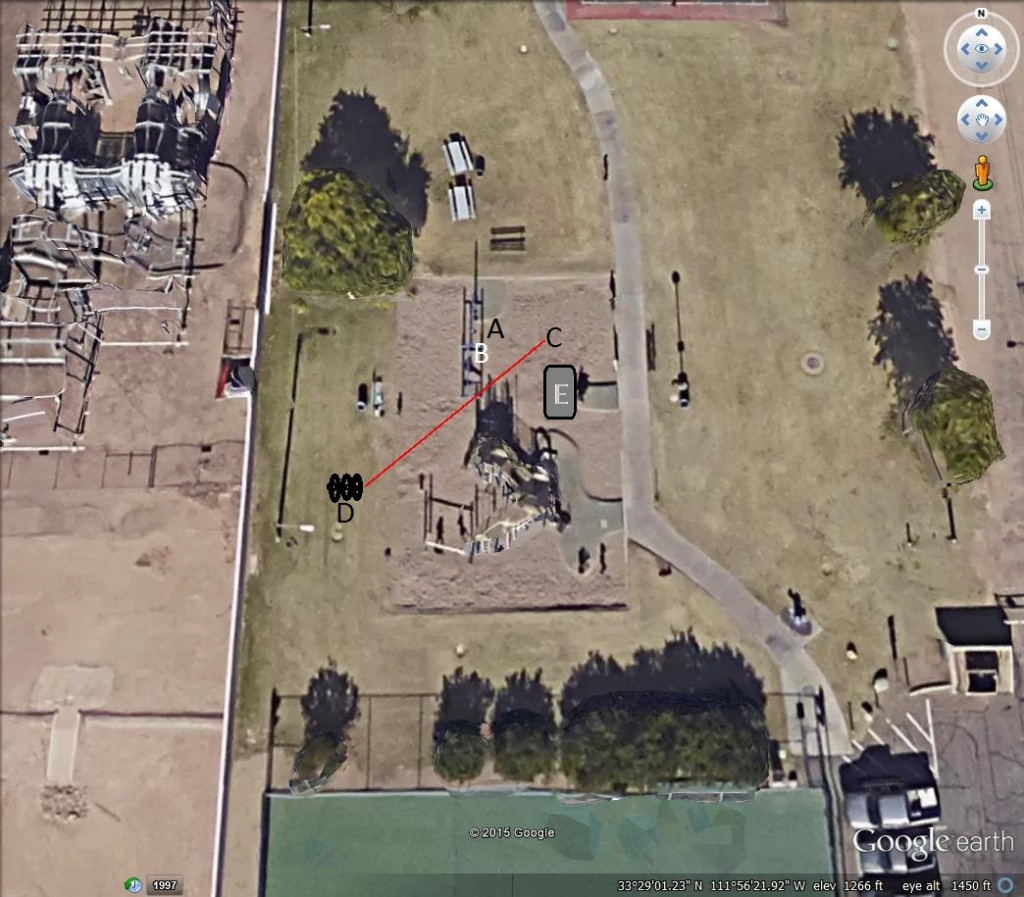 It was a Sunday evening and I was at the playground at (A) with my young son. He was on the swing (B), and I was sitting on the ground facing south. A woman walked into my field of view at point (C). She walked across the playground indicated by the red line. She was Hispanic and dressed formally as if she had come from church. She struck me as strange because, unlike most people at a playground who are relaxed, she was very serious and stared straight ahead as she walked through the sand. She walked by us and stood at point (D), facing the playground. She stood very rigid, and stared straight ahead.

I talked to my son briefly and then looked back. It had just been a few seconds, but there was a little girl standing directly in front of the woman. She also stared ahead, not moving. This struck me as odd because people don’t usually stand that close and not move or interact. I kept an eye on them but was also talking to my son and looking around. When I looked back, there was an old lady standing behind the middle-aged woman. I could see enough of her behind the taller middle-aged woman to see she was dressed in rags. The three of them stood together staring, not moving.

Then strangely, the entire playground got deathly quiet. This was a playground filled with children, but suddenly there wasn’t a sound. Time seemed to stop and everyone’s movements seemed to slow. I heard off to my left a singing/chanting. It came from five little girls who were sitting on a large cement culvert about five feet high (E). The girls chanted together in Spanish then slid down the culvert. When they landed in the sand, all the noise and movement resumed. I looked back to the three people at the edge of the playground, but they were gone.
There is a long wall on the west side of the playground and a high fence for a tennis court on the south. I had looked away for just a minute. But I was facing in their direction and would have seen them walking away. I looked around, but they had simply disappeared.