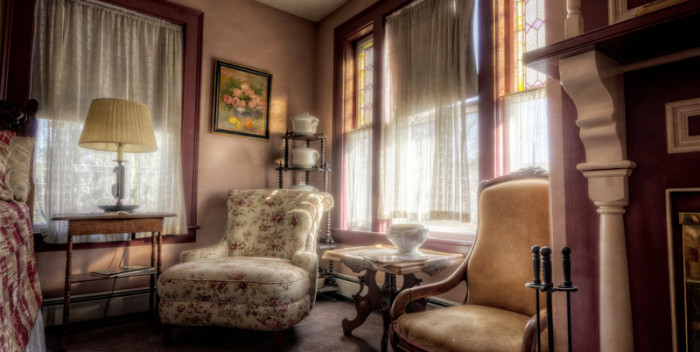 I am actually doing this as a means to find some sort of help. For the past several months there have been things happening in mine and my boyfriend’s home that are unexplainable and feel negative. They started out few and far between at first, and now they are becoming more and more intense and energetic. It started one night my boyfriend and I were lying in bed and we have a salt lamp with a dimmer switch. We had the lamp turned to the brightest it could be, and all of a sudden the light went out. I had immediately thought that the light bulb had blown and I commented that out loud to my boyfriend. He leaned over to turn the lamp off so the electricity wouldn’t keep flowing to it and when he dialed the switch down, the lamp turned on when he touched it then he turned the switch to off. I had commented then how weird the occurrence was and he agreed, but we both shrugged it off.

Between the two of us my boyfriend and I have six children from previous marriages. After a weekend with all of our children we had a throw blanket on the couch that was a favorite of my boyfriend’s. We had joked back and forth about not letting my youngest son have the blanket because he may get his little boy germs on it. I washed the blanket and I watched my boyfriend put it away in the closet in our bedroom. The next evening we were getting ready to sit down in the living room for the evening and watch TV and I pulled the same throw blanket up over me. My boyfriend then asked me if I had gone and gotten the blanket out of the closet. I then replied, “No, it was just sitting here on the couch.” We were both stunned but again just brushed it off.

Other things have happened in between, but in the recent days it has become really aggressive. Three times in the past week it has moved my boyfriend’s left flip flop into the hallway and in front of our bedroom door. It has even turned on the sound system to the TV while it was completely off so it made a very loud white noise. No other homes in our neighborhood are close enough for any of their remotes to turn on our sound system. It made the noise for about 30 seconds and then my boyfriend turned it off. One morning after my boyfriend had left for work I heard a really loud bang on the wall and no one else was there. I was in the bedroom and it sounded like it was in the living room. I got dressed, grabbed my keys and wallet, then ran out the door leaving the lights in the hallway, kitchen, and living room on. When I got home that afternoon with my boyfriend’s eldest daughter said the only light left on was the hallway. No one else had been in the house since I had left. She and her boyfriend house sat for us and also have some strange accounts of when they stayed and my boyfriend and I were out of town. There is more to list but for the sake of time I can’t. My goal here is to find help and to figure out what is happening and how to get rid of it. Any advice would be welcomed at this point.