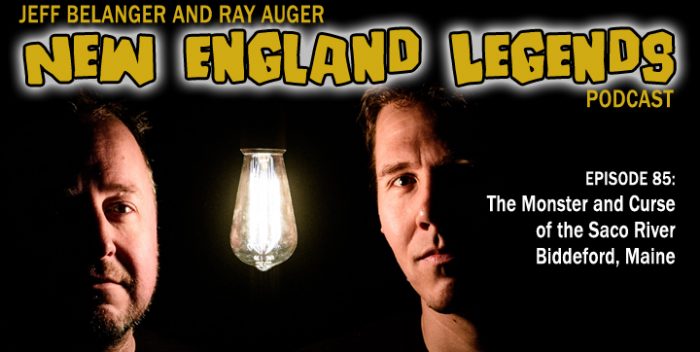 In Episode 85, Jeff Belanger and Ray Auger head to an island on the Saco River in Biddeford, Maine. This site is ground-zero for an alleged atrocity that took place in 1675, when three British sailors tossed a Sokokis Indian baby into the river to see if he could swim. The baby’s pregnant mother dove in to try and save him, but also drowned in her frantic attempt. These British sailors didn’t know it at the time, but this woman was the wife of Chief Squando, a powerful sorcerer. And the children were his. Squando placed a powerful curse on the river that gave rise to a legend and monster that took countless lives in the Saco River.