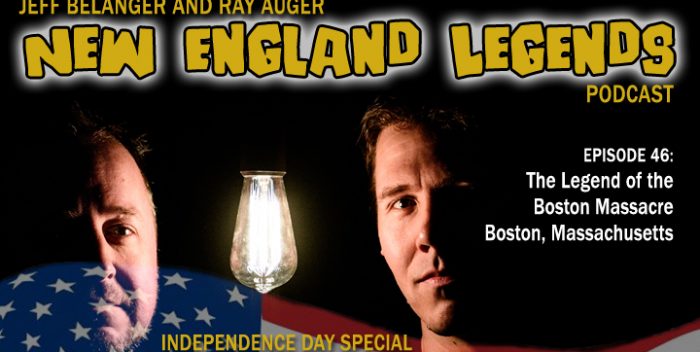 Episode 46 — Our Independence Day Special! Jeff Belanger and Ray Auger visit Boston’s North End and swing by Paul Revere’s house to discuss the Boston Massacre. On March 5, 1770, five colonists were killed in the streets of Boston by British soldiers. Six more were wounded. The event became known as the Boston Massacre. This tragedy helped start a revolution because of a now-famous and legendary engraving made by Paul Revere. The only problem is… Revere’s image doesn’t depict what really happened. Fake news? Propaganda? We explore the legend!