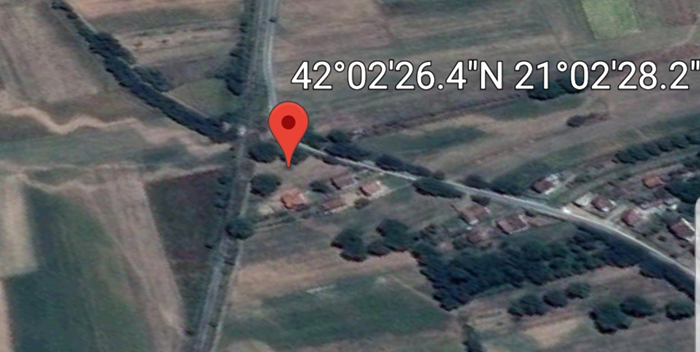 I don’t remember the exact date, I just remember it was a weekend. It was around 1 o’clock in the morning. I was driving accompanied by two friends, and we stopped for urinating. They both went away and I was waiting for them close to the car, but then I saw a beautiful tree. It looked like it was illuminated by the moon and I went to it. Then I heard many dogs barking, and I heard a scream, so I turned around because I thought my friends were attacked by dogs, but when I turned I saw a girl — not very tall — maybe around 1.40m or 1.50m (4 1/2 to 5 feet) tall, with black hair and a white, wide dress that looked like old nightgown — three-quarters length. She was far from me, around 15-20m (about 50 feet), and she was moving fast, but like she wasn’t touching the ground. It looked like she was heading to the train tracks where our car was also parked. I was little scared and confused, so I started running towards the car and my friends. I thought they also saw her, but I was the only one that saw her that night. Later I talked to other people and two of them also saw her at night crossing the train tracks, and they described her appearance the same as I experienced it.