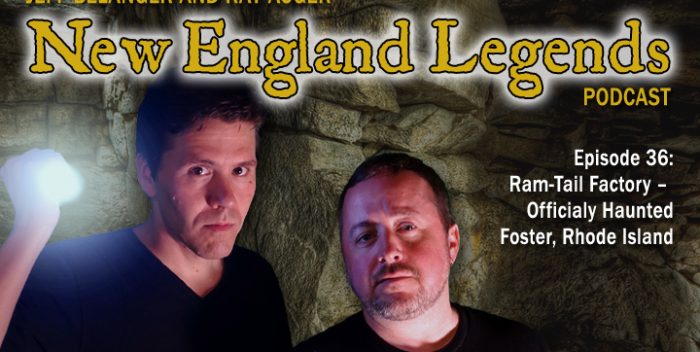 In Episode 36 Jeff Belanger and Ray Auger visit the ruins of the Ram-Tail Factory in the woods of Foster, Rhode Island. The site is officially haunted according to the 1885 state census. Passers-by hear a work bell tolling late at night, others see an apparition of a man holding a lantern walking through the woods. They say a man hanged himself from the work bell rope long ago, but what really happened here? As with every episode, you can see photos related to this episode on our Web site.