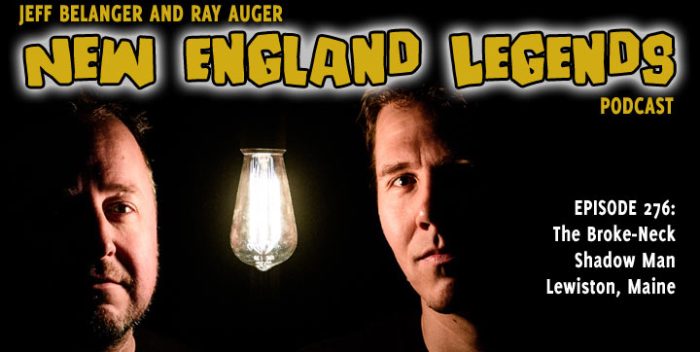 In Episode 276 Jeff Belanger and Ray Auger head to Lewiston, Maine, to search for a house that’s “ridden with ghosts” according to the headline of a December 1894 local newspaper article. A shadowy man whose neck appears broken in a most unnatural way had been reported throughout the tenement house for years. Some believe he was a harbinger of bad things. But he’s not the only ghost reported here.