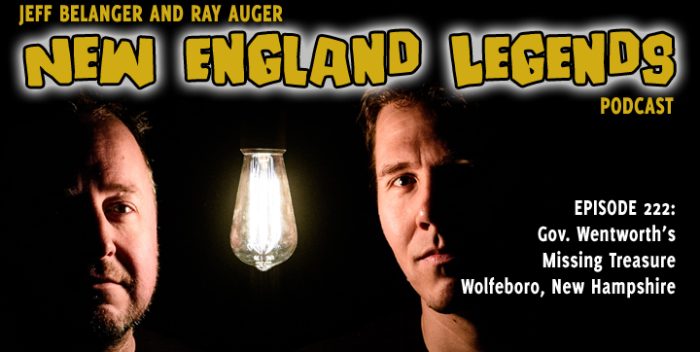 In Episode 222, Jeff Belanger and Ray Auger search for Governor John Wentworth’s missing treasure in Wolfeboro, New Hampshire. In 1775, with the American Revolution about to come to a boil, British Governor Wentworth is forced to flee his mansion with his family, his servants, and chests of gold and silver. On his way to Portsmouth, the governor is forced to lighten his load, so they say he buried his riches intending to come back for them after England squashes the American rebellion. Gov. Wentworth never set foot in New Hampshire again. Could the treasure still be out there?