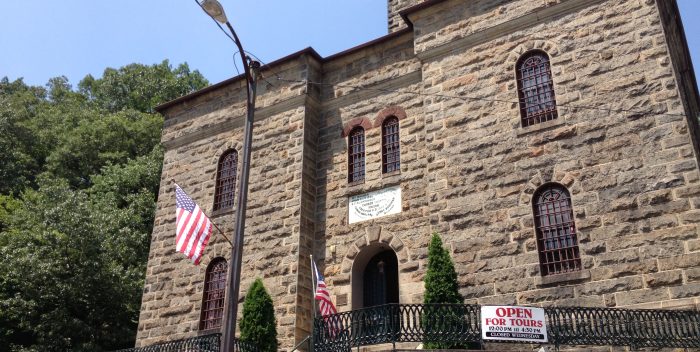 It was August, 2016–my father and I decided to take a trip to Jim Thorpe, Pennsylvania. We stopped by some Irish pub, and explored the town. However, the site that I wanted to see the most was the Old Jail Museum. At the time, I wanted to be a police officer, so I wanted to get a taste of what a jail was like–well, one of the many jails in history.

As soon as I entered the waiting room, I started to shake, and I experienced a feeling of overwhelming anxiety. Believe it or not, I’ve never taken the idea of ghosts seriously, but I do believe in souls; I just didn’t believe they could come in contact with us. I made a few jokes to appear brave as I usually am, such as “remember the person I was before I get possessed” and such.

The tour began, an the anxiety decreased. I took many pictures, interested in the history of the building like everyone else.

…I got a little carried away with taking photos, and fell behind. I was alone in the warden’s room, but I didn’t feel intimidated. I quickened my pace, and eventually caught up with the group, following my father from behind. When we arrived at the stairs leading downwards, I suddenly felt hands on my shoulders.

“This must just be because I’m looking downwards.” I thought to myself as I smiled nervously, ignoring it. But the feeling still remained even after we strode past the steps, the “hands” moving to my shoulder blades. I quietly asked my father if he felt the same sensation, but he only laughed and joked about it being my “6th sense” from my mother’s side of the family. The feeling stayed around until I exited the building, and I gave the jail one last glance before walking down the sidewalk with my father.

A week afterwards, my mother fell and severely injured her foot. She later told me that she felt as though she was pushed, but I was right behind her. Naturally, this made me uneasy, but I moved on and tried to help her in any way I could.

What do you guys think about it? I’m curious.