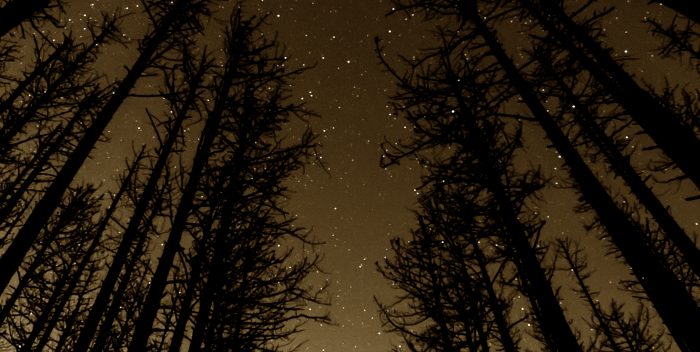 I’m an illusionist by trade, so if I’m not the cause, I can figure out who or what it truly is within the realm of leaky pipes or joker’s wit. One thing has always had me stumped though… An occurrence I experienced when I was 12.

There was a section of the woods near where I lived that grew so thick with old evergreens the neighborhood children named it–with as much fear as affection–“The Dark Wood.” It also happened to be the best place to go frog hunting.

That’s where I was and what I was doing that warm August 2012 day. I was maybe 30 minutes in to my frog catching, fort building R and R, when all around me I heard a deep, loud, and steady beating of drums. It was as if every tree carried a drum in its heart, and the beat was entirely unpleasant and outside of what my mind accepted as acceptable. I ran out of those woods faster than I had ever thought I could. I’m still not sure what to make of it.