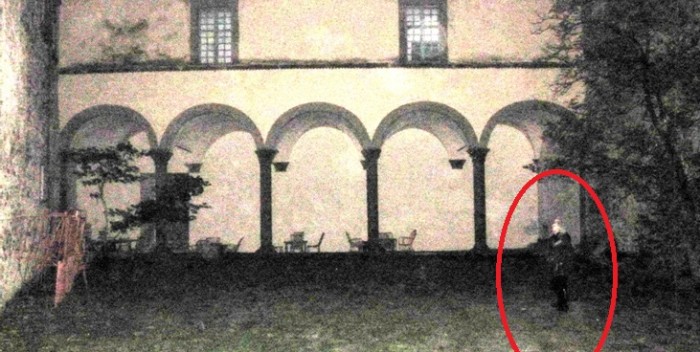 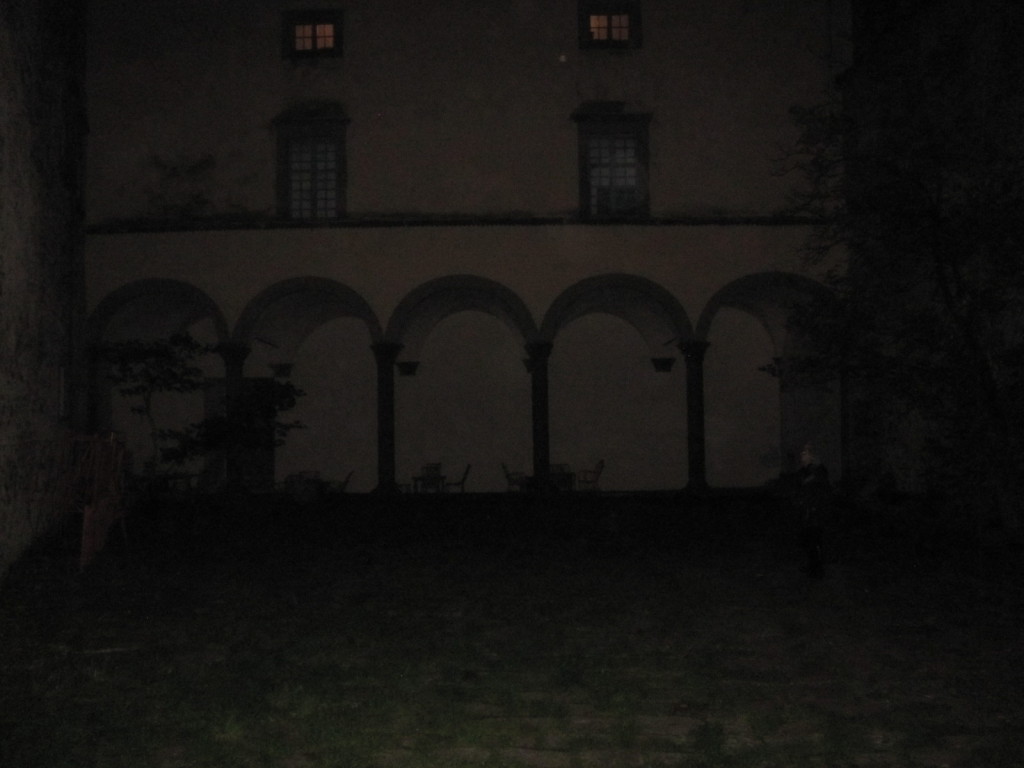 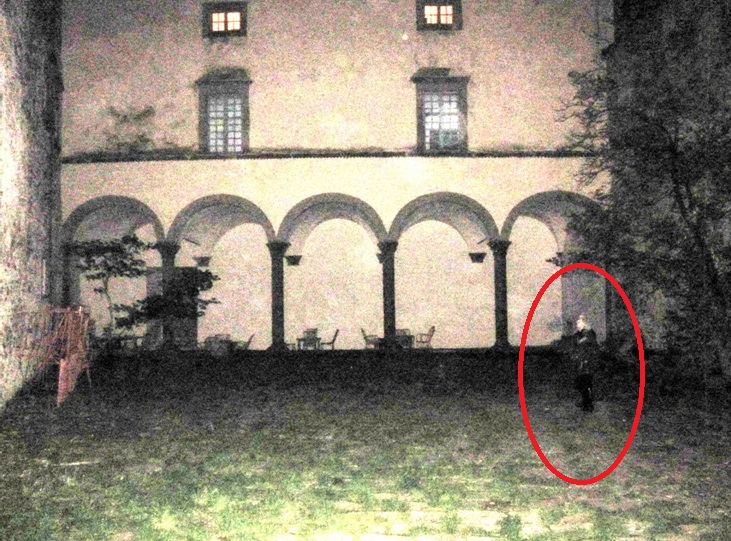 This happened to me one night at the end of the night tour in the entrance courtyard of the castle Malaspina of Fosdinovo, Italy. I was there on the 20th of October, 2013 with my family. When we were getting ready to leave the castle, I said goodbye to the caretaker, Miss Mina and a couple of other guys, I took a picture in the courtyard with my Canon camera.

The next day I downloaded the pictures to my PC and I noticed this photo (above). I saw the impression of a person who I knew wasn’t there at the time I took the picture. (The second photo has been altered only in adding brightness to the original.)

I have had other scholars look at this photo and also showed it to Lady Mina at the castle. We have no explanation.