My mother, Marjorie Firestone was born on May 5, 1922 and was blessed with the ability to dream a reality before it came to pass. It was not an ongoing ability for her, but came to her at its own beckoning when she would least expect it! She could and did have dreams in which she would be present at the death of a person, and that person could be a relative, friend, or acquaintance. The death dream usually preceded that person’s death by six months to a year. But it did happen.

My mother used to joke, “People really don’t want me to dream about them but I have no power over these dreams because they just are.” She also had a keen sense of smell which accompanied her dreams. She was always in these dreams of hers as an observer. Her last major dream of death concerned her niece Jill in California, and Jill died within six months. 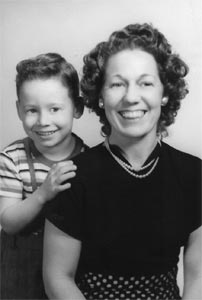