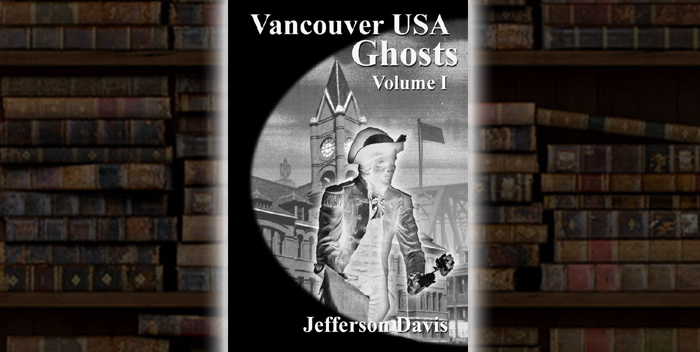 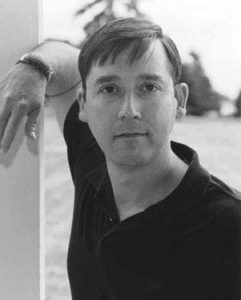 What first drew you to explore the haunts of Vancouver, Washington?
When I first started researching and writing about the paranormal, I really took a shotgun approach. I tried finding out about all of the most famous haunts in the Pacific Northwest, first. After a while, I realized that while the famous haunts are attention-grabbing, sometimes the story about the haunted cottage down the road are more fascinating. This comes from the personal dramas of the people who lived there, not necessarily some great physical tragedy.

Given your military background, it’s no surprise you include the Vancouver Barracks. Having spent so much time in there, have you had any unexplained experiences that left an impact on you?
This may sound strange, but in the earliest years when I was serving at the Vancouver Barracks, I was more concerned with every day job concerns, not the paranormal. My first investigation was at the Post Hospital, which seems to be the paranormal receptacle for many tragedies and deaths. On the first visit, we had things happen like toilet seat lids going up and down between visits, and a table started shaking when one of us was lying on top. As I investigated the haunted history of the Barracks, which is the story of the people who served there, I came to have a profound love of the place, and desire to inform people about entire history of the Barracks.

What’s the funniest thing that happened to you while exploring and investigating the haunts of Vancouver?
Several funny things have happened when I was exploring the Barracks. Most of the time, when they happened, I thought they were ordinary and mundane, until finally I realize, “this should not be happening!” For example, I was getting ready to conduct EVP (Electronic Voice Phenomena) recordings at the Grant House restaurant. As I counted down to turn on my recorder, there were a series of bangs and clangs outside the room. After a few attempts, one of my team investigated and found out there was no one outside the room making the noise.

On the other hand…I was giving a tour outside of the Vancouver Barracks Post Hospital, when one of my party yelled, “OMG! I see the disembodied head of a man walking by the windows on the second floor!” Everyone rushed to watch, only to learn it was a carpenter walking around inside the building; he was only visible from the neck up.

You also frequently lead ghost walks and ghost tours. How have you seen some of these stories change over the years as more people have their own sightings?
Yes, the stories definitely change over time. This is because people experience and report more incidents, which update and enlarge the scope of haunts. For instance, at the U.S. Grant House, which is now a restaurant, a woman ate there in 2017. She told me her grandson began conversing with the invisible ghost of a little boy. She did not know that a server reported encountering the ghost of a little boy in 2008.

Some of the locations you include in your new book are private homes. How does your approach differ when dealing with a private residence compared to a public building?
People are more emotional when they talk about their homes, than they are about a business. I try not to pry into very personal details about a haunt, for that reason. It is a balancing act, getting details, at the same time as respecting the privacy of the home owners. Furthermore, even with my modest claim to fame as an author, I have had people call my phone late at night, or try to visit my house, uninvited. In our digital information age, I am concerned that people who read my books, even with the best of intentions, will try to locate some of the private residences I write about. When I do write-ups of residences, I often give wrong addresses, or purposely disguise details about the location

What’s your dream investigation location?
Within Vancouver, Washington itself, I would like to spend more time inside the Post Hospital, with more state of the art equipment. Elsewhere, I would like to investigate portions of the Little Big Horn. I have done extensive biographical research on members of George Armstrong Custer’s extended family, and want to see if there are still echoes of the battle on the site.

We noticed you called this book “Volume 1,” does that mean Volume 2 is already in the works?
When I edited Volume I, I had to make a choice, cut down the number of stories or cut the length of every story to fit it into the book. I decided to remove several stories, and save them for a second volume. In addition to these stories, I have several new locations for the next book and updates to existing locations in the first volume. I hope to have Volume 2 ready in 2020.

What’s the best place to get a beer in Vancouver, Washington?
While some people think the micro beers in Portland, Oregon are better, I prefer to shop and buy in Vancouver. It also saves money, because I don’t have pay money for a bottle or can deposit. I tend to hang out in a place called the Heathen Brewing -– Feral Public House in downtown Vancouver. They have a great name, and about four dozen beers and ciders on tap.