For decades, local ghost hunters have ventured to a steel trestle near Medina, Ohio, hoping to catch a glimpse of a phantom train. They say it comes crashing down the bridge landing in a fiery inferno in the creek below. It's a spooky reenactment of a real train accident which folks say happened there about a hundred years ago. Some people snap a few photos of orbs; other claim to hear a train whistle. But so far, no one has actually witnessed the ghost train. Did the spirits from that terrible night finally find peace, or was it just a legend?

For starters, it might help if they were looking in the right place. 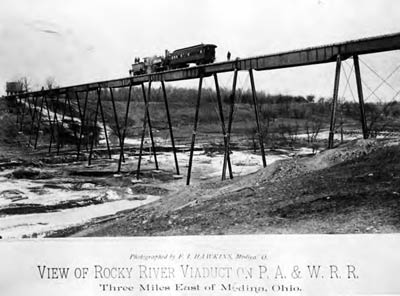 I've heard about the "River Styx Ghost Train" many times in my life. I even took a few daytime trips down River Styx Road along the west branch of the Rocky River and under the trestle just to see the place. There are excerpts of newspaper stories on some paranormal websites giving some of the details of the accident, and for some reason the facts just never sat quite right to me. I shoved that story away for years and forgot about it until Jeri Holland brought it up this past spring.

Now, Jeri and I were once fierce rivals, each trying to stake our claim over the Cuyahoga Valley and beat each other to the next ghost story discovery. We both mellowed a bit over the years, realizing the pettiness of acting like ghost hunting was a competition, and have worked together off and on for the past few years. She had been approached by The History Press to write a book on haunted places in Akron, Ohio, and asked me to help her out on her first book. I naturally said yes.

Part way through researching some other places in the Akron area, Jeri mentioned to me she wanted to include the River Styx train story in the book. After reading all the newspaper articles about the accident in 1899, she was convinced it happened closer toward Akron. I reread the accounts and agreed with her. According to the newspapers, the Erie Limited was heading west from Akron in the early morning hours of March 22, 1899, when the driving rod on Engine No. 5 snapped. At the throttle was engineer Alexander W. Logan. With all his might, he tried to reverse the locomotive; sensing disaster, Logan commandeered the engine as it veered off the rails and crashed at the trestle over the River Styx. All passengers and crew survived except for Logan. They found him in the wreckage, still clutching the throttle. The accident happened not near Medina, but just outside Rittman, Ohio.

Like many towns, Rittman was built largely by the railroads. The Atlantic & Great Western Railroad first came through in 1836 and gave the town enough economic boom to become a city. Not long after, the Baltimore & Ohio Railroad also built a line through Rittman; in fact, the town was named after Fred Rittman: the treasurer of the B&O. You can still see parts of these original lines today. We now knew the city, but where was the bridge? 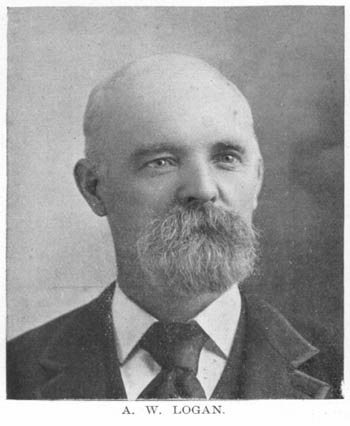 I'll confess I'm very much a railroad enthusiast and have been since I could walk. When Jeri raised the question about finding the site of the Erie Railroad bridge mentioned in the accident, I jumped right on it, sifting through old maps and documents. I knew the Erie bought out other lines. (Hundreds of old railroads merged with bigger companies between 1860 and 1930.) After comparing old maps, I had a strong feeling I knew which set of tracks was the old Erie line. Luckily, Rittman made it easy for me. One street which bordered the old tracks was renamed Erie Avenue.

The newspaper clippings from the accident gave the final clue. The bridge was "a mile east of the depot." Find the old depot, find the bridge. And sure enough, tracing the tracks northeast from the depot site there was a railroad bridge crossing the River Styx. Checking a current satellite image of Rittman, I found that the bridge was still there. Obviously, it wasn't the exact same bridge from 1899, but it was in the same location. With deadlines and other delays, it wasn't possible to go to the site to examine it, but by August our schedules lightened up enough that Jeri and I set out to make the trip to Rittman and visit the real haunted River Styx bridge.

The sun was just beginning to set when we arrived on the fringe of the Morton Salt plant east of town. And there it was: a faded pale green plate girder bridge stretching across a 100 foot span above the River Styx. Though it was in poor condition, it showed some signs of use. The old tracks heading to Barberton were very warped and uneven. But aside from the slow, steady flow of traffic along Ohio Avenue, the area was quite peaceful. On the west abutment, we held a makeshift investigation with minimal equipment. Our main goal was to document the site, not find definitive evidence of the haunting. As the light faded and darkness set in, we checked out a nearby pond. Mosquitoes were bloodthirsty and relentless, so we didn't end up staying very long.

Though our trip was brief, there was something wonderful about visiting a site forgotten by history for so long. Newspapers in 1900, 1901, and 1902 reported encounters with a phantom train along those tracks. Over the next century, the story lived on and evolved, changing locations to the bridge outside of Medina. Indeed, the Medina steel trestle makes for a more interesting place to imagine a train wreck. Had a locomotive plunged into the valley at that location, it might have resembled the Ashtabula Bridge Disaster (which is likely what caused the reimagining of the incident). 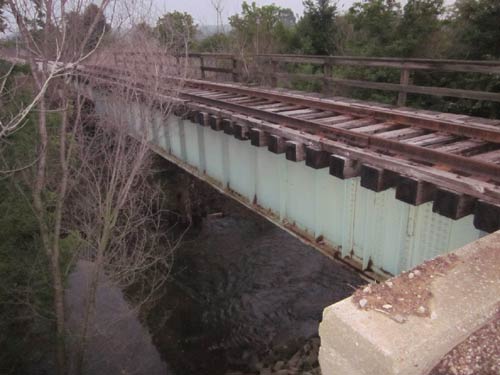 Jeri has planned a proper investigation of the site for October on the anniversary of two ghostly sightings in Rittman. Hopefully, something significant will happen; after more than a century of neglect and with no recent reports of anything unusual at the location, I'm reluctant to expect anything noteworthy. These true tales have been too long ignored by the people of northeast Ohio. Today, many paranormal investigators prefer the popular, well-trodden "hot spots" popularized by television instead of obscure places which have faded from memory long ago. Yet our paranormal history should not be forgotten.

You can read the full story behind the River Styx Ghost Train and many other historic hauntings in Jeri's book Haunted Akron, now available in stores.