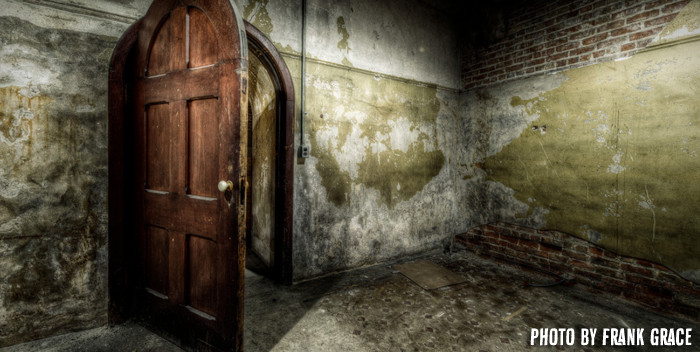 Hi I am Kellie. I have recently moved into a new house. I have been living here for about five months. For the first four months I never noticed or thought anything to be strange or unusual in this house. But my roommate and boyfriend believed there was something here. They would claim to hear footsteps and door knobs jiggling while no one was home.

One time my boyfriend was in the bathroom and claimed to see what looked like fingertips running down the shower curtain. At first I didn’t believe him. I thought maybe he was trying to scare me. I was a skeptic over spirits in the physical world. But last month early one morning that all changed for me. My boyfriend left me home alone while he dropped our roommate off at his job. I decided to go in the living room and wait for him to get back. As I left our bedroom naturally I closed the door completely behind me. Well I heard a noise so I turned and looked back at my bedroom and — what do you know — the door had opened. I stared at it knowing I had shut it. But then I kept staring and the door opened and closed right in front of me. I was so terrified I left the house and walked down our street. My boyfriend saw me on his way back and gave me a ride back home.

Not even two weeks after this incident I decided to take a shower and the lights in my bathroom flicked on and off. Then I saw this inexplicable blue flash. There was no lightning outside, it was inside my bathroom. I brushed it off until it happened again. Then my most recent encounter happened to me tonight while watching TV. The volume turned up on its own and I kept hearing very odd noises. The most scariest encounter was a few nights ago when I was lying on my bed and I smelled this foul odor. It stunk like dead animals mixed with rotten eggs. I got sick and puked, then I laid back down and suddenly I felt such a horrible depressing gloomy feeling. I started choking on tears and didn’t know Why. I was curled in the fetal position. I felt choked up and so depressed that I couldn’t find the energy to move. Finally after this feeling left I felt so confused and upset. Is this a demonic spirit in my home?