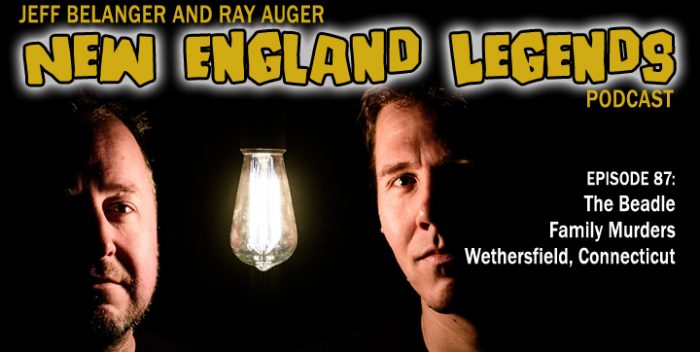 In Episode 87, Jeff Belanger and Ray Auger head to Wethersfield, Connecticut, on the hunt for a ghost who has been haunting this town since December of 1782. Fresh off the heels of the American Revolution, wealthy merchant William Beadle has lost almost everything because he followed the law, and did the right thing. Once the new congress devalued his currency, he was broke, and couldn’t live that… so he spent years plotting the murder of his entire family. This is a dark, downward spiral into insanity that led to America’s first mass murder-suicide.

READ ALSO:
The Story of the Murder of the Beadle family by William Beadle by James R. Smart.