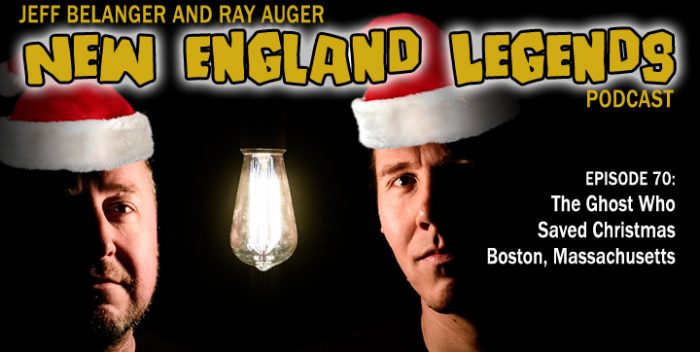 In Episode 70, Jeff Belanger and Ray Auger head to Boston to the haunted Parker House Hotel in search of the ghost of the man who brought Christmas to America. We learned in last year’s holiday podcast that the Puritans of Boston banned Christmas back in 1659 because they claimed making merry and dressing festive was “satanic.” They’d fine you five shillings if you were caught! Though the ban was lifted in 1681, that doesn’t mean Christmas was celebrated. You still had to go to work and school that day for almost the next two centuries. But something changed in 1867 when a man came to Boston with a story that transformed everything. Be careful, this episode may just squish your inner Grinch!