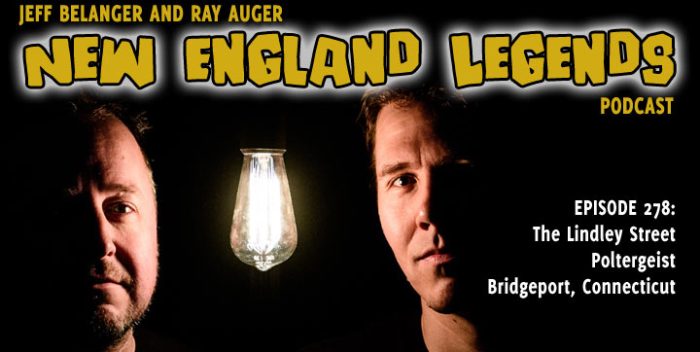 In Episode 278 Jeff Belanger and Ray Auger explore a bungalow house on Lindley Street in Bridgeport, Connecticut, where in 1974 haunting activity was so profound the police, fire department, city engineers, and clergy got involved. Police witnessed a levitating refrigerator, chairs breaking with no one touching them, chairs piling up on each other, and a panicked family. And that’s when Ed and Lorraine Warren joined the case. In this episode we’ll hear from Ed Warren himself about this haunting from a 1997 audio interview conducted by Jeff.