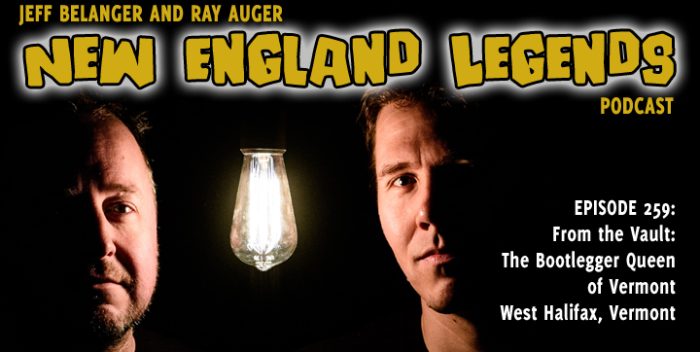 In Episode 259, Jeff Belanger and Ray Auger are forced to take a week off because they both have Covid! So this week they introduce you to an episode from the vault: The Bootlegger Queen of Vermont, which originally aired September 24, 2020. Back to 1925 in West Halifax, Vermont, during the height of prohibition, Hilda Stone made a name for herself running illegal booze from Canada. Stone became an icon in the newspapers, and was arrested more times than you can count on one hand.