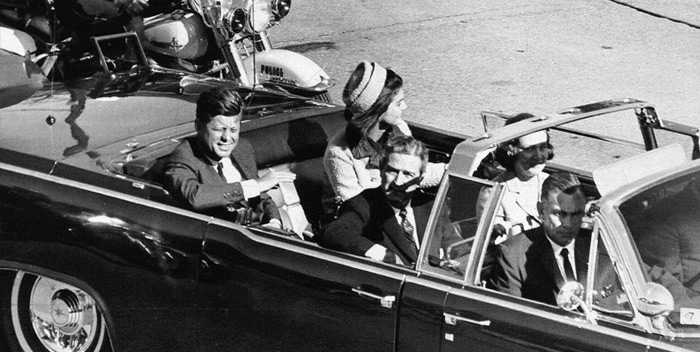 I was traveling back to Dallas with two people in the car around 11pm. We aren’t from Dallas, and we decided we should drive by the scene of the JFK assassination. The guy who was driving was a bit of a history buff, and proceeded to show us what and where it happened. I noticed when we approached the area I started to feel sick. It came on suddenly. I figured it was something I ate five hours earlier.

I mentioned it to the people in the car. It was like a nausea in my blood. I don’t know how else to describe it. when I said, “I suddenly feel weirdly sick,” they were like, “Yeah, it’s really sickening, isn’t it?”

That is not what I meant, but I didn’t press the issue once I realized I was the only one feeling this. Then as soon as we turned onto the area where JFK’s car went, I felt a sharp pain on the right/mid part of my head. It was so strong that I had to hold my hand up to it. I mentioned this pain as well, and my friend said, “Well, he was hit on the left side.” I chalked it up to just a strange event strangely timed, but as soon as we drove out of the area, the feelings, the pain, and the nausea abruptly ended. I didn’t say anything more about it because I realized that these were not “spirit” people. But I looked up where the bullet struck him, and sure enough, it was right where I felt the pain (my friend was wrong about which side JFK was shot).

Now I’m not saying I have the ghost of JFK in me! I realized about a month later that both my mother’s family, and JFK’s family both have strong family ancestry in Wexford/Ireland. It’s got me thinking about DNA/ghosts. Maybe DNA inhabits ancestors the way a sourdough bacteria strain keeps getting passed down. It stays alive somehow, little pieces of people in other people. I’m not saying JFK and I are related, it just got me thinking.

HA! And now the captcha code for me to submit this tidbit on your Web site is “Knoll.” Ok, see that I consider a coincidence… or is it?