Ghostvillage.com thanks Jennifer for sharing this interview, originally published at Everything Paranormal

EP: As an FBI agent, what was the most bizarre case you’ve ever worked on? Or if not worked on, that you’ve seen (if you can discuss)
BH: As you probably can understand, I can’t comment on cases I worked on while I was with the FBI. Many of them are still open investigations, but I did receive some bizarre letters. Sometimes I would get several page letters about an implant someone thought they had in their head and they were given special information. My opinion on implants is still open-minded, but unfortunately it’s also a favorite fixation for many mentally ill individuals who love to write incoherent and rambling letters that I had to read.

EP: How long were you with the FBI? And why did you leave? (if you can discuss it)
BH: I never really saw myself as leaving law enforcement. I left the door open to go back to the FBI or another agency because I have many interests and there are pluses and minuses in all careers. I worked for several agencies, both private and government. The FBI was the final agency I worked for, but in total, my investigation experience was about six or so years before starting the show. 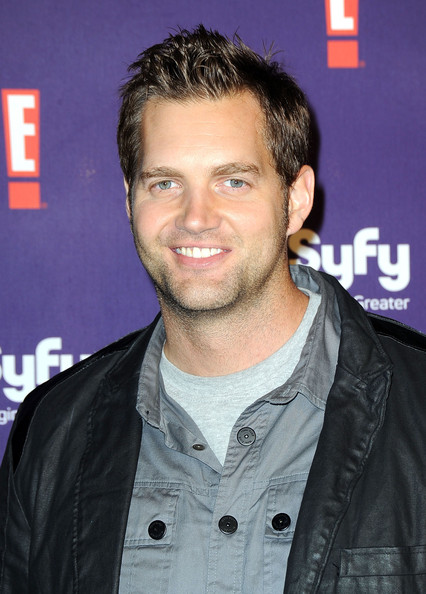 EP: What brought you to Fact or Faked?
BH: FOF was an opportunity that came to me and I felt compelled to follow it and see where it led me. I was lucky enough to be involved with it when the concept was first being developed. I had a team of me plus five and we sat down with the production company a and threw around ideas for the show which they later pitched to the network. From there, it took about a year before episodes were bought and we began filming.

EP: What’s the most perplexing case you’ve worked on with the show?
BH: I’ve worked on many unusual cases with FOF, but probably my most puzzling case was the Disappearing United Kingdom Woman who seemed to dissolve into her mattress.

EP: Where you a believer in the paranormal before FOF?
BH: I don’t like the terms believer and skeptic. The terms are too polarized and forces people into an agenda more or less. I think everyone should be “skeptical” but not necessarily a skeptic as the label is commonly used. I also think we should be open to believing, but not believe all that we hear until we’ve done our own homework. I did have “paranormal” type experiences before the show, but I’ve had many more since then.

EP: What about the paranormal intrigues you the most? Big Foot, ghosts, aliens, etc?
BH: My main interest has always been UFOs. Ghost hunting began for me in college and along the way I’ve learned a bit about every other type of phenomena.

EP: What are some of your hobbies? Or what do you do when you’re not filming?
BH: When I’m not filming, I’m a firearms instructor. I teach courses in handgun safety and self-defense. I also usually travel once or twice a month giving lectures and attending paranormal conferences and events. When I have the time and money, I like to fly small planes, hang glide, rock climb, SCUBA dive, play basketball, and play the guitar.

EP: What events will you be attending this and next year?
BH: In July, I have a charity event in Indiana and library lectures. August and September are still shaping up, but I’ll be near Vegas in the Bonnie Springs ghost town. I’m also currently filling spots for a Great White cage diving trip to Mexico that leaves from San Diego on November 10th-15th. Although it’s not paranormal, how can you pass up on diving with Great White sharks!?

EP: Who do you look up to or look forward to working with in the paranormal field?
BH: I look up to anyone who dedicates there time and life to paranormal research because, for the most part, there isn’t any money in it. I also admire the courage of some who have experienced strange and dramatic events and they choose to come out and continue talking about their experience despite the ridicule. Travis Walton, who the movie Fire in the Sky was based on, comes to mind.

EP: What do you want to tell people just getting into the field?
BH: The most important advice I could give anyone getting into the paranormal field is, “If it’s worth having an opinion, it’s worth checking the facts.” We live in strange times when it’s hard to determine if we’re being deceived and it’s difficult to determine what the truth is. Don’t let other people do your thinking for you. Base your opinions on the work you yourself have put into researching a subject so you’re properly informed.