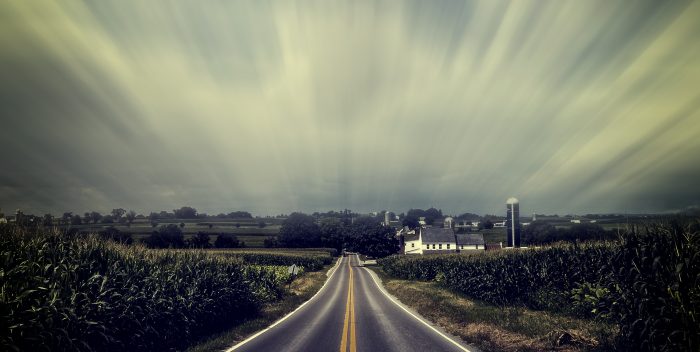 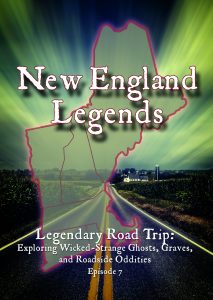 SPRINGFIELD, Mass. – October 21, 2019 – New England’s highways and backroads are full of roadside oddities, strange tales, and odd history. Some of those roads lead to legendary and cursed places like cemeteries and locales where aliens, monsters, and ghosts are said to lurk. In time for Halloween, PBS affiliate WGBY in Springfield, Massachusetts, and Vermont PBS will be broadcasting the New England Legends series including the latest episode, “Legendary Road Trip.”

“There are so many signs and waymarks along New England roads that we sometimes ignore them—especially if we’re local,” said host, writer, and producer Jeff Belanger. “In ‘Legendary Road Trip,’ we hit a bunch of stories and explore the history behind the legends. We’re always exploring how we got to this moment in time.”

New England Legends is a joint venture between Executive Producers Jeff Belanger and Tony Dunne. The two have been working together since 2009 when Dunne wrote and produced the documentary Things That Go Bump in the Night: Tales of Haunted New England for PBS. Belanger was featured prominently in that first documentary, which went on to national acclaim.

“In ‘Legendary Road Trip,’ we wanted to explore more stories throughout the region to give more local flavor and flair to these legends,” said director and executive producer Tony Dunne. “We logged well over 2,000 miles on this episode, but we’re thrilled with the opportunity to finally share these strange tales of New England.”

Belanger and Dunne are currently working on future episodes of New England Legends. In addition to the PBS air dates, the entire series is now available on Amazon Prime’s video streaming service. The New England Legends series has been nominated twice for an Emmy under the “Magazine Program/Special” category. Since August of 2017, Belanger and his co-host Ray Auger have been producing the weekly New England Legends podcast which has been downloaded over one million times. The podcast is available for free on iTunes, Stitcher, Google Podcasts, Spotify, and all of the other podcast streaming services.