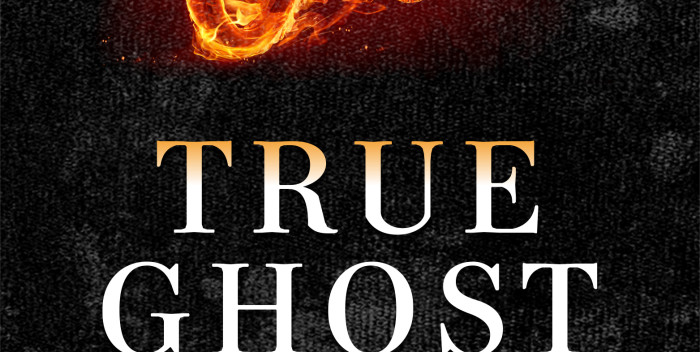 What Other Demon Friends of Yours Should I Know About

This happened during the summer of 2008. I’ve always been a night owl, so it’s not unusual that I find myself at Walmart at one or two in the morning. This was one of those nights. I didn’t find what I was looking for in the store, so I got back to my car around three. I was playing with my iPod, looking for something to listen to on the way home. Then, I got this feeling that I was being watched.

I raised my head, looked around, and two or three spaces away, I saw this older, green sedan with this guy in the driver’s seat. He was just staring at me. It felt like he was staring daggers right through me. Even if it wasn’t paranormal in nature, it still was creepy. He was like a normal guy at first glance with shaggy, shoulder-length, black hair, and he looked kind of Hispanic. I remember thinking to myself, “Ooh, if he weren’t kind of creepy, he’d be kind of cute.”

Then, I looked at his eyes, and that’s when my stomach dropped and I started thinking, “Oh, my God, there’s something abnormal here.” His eyes weren’t completely black, but it looked like those theatre lenses where they make your iris look a little bit too big to be normal. Plus, they were just pure black. He was still as a statue, not blinking, just staring directly at me. I momentarily panicked, and I was recalling all of the safety training that I’ve ever had for single females out at night with creepy guys looking at them funny. I thought, “All right, act normal, just pull out. Go back to the street, drive to the police station, and call 911.” Of course, my phone slides off the seat onto the floor somewhere, so I couldn’t call 911.

I just started to head to the nearest police station, and to my dismay, I saw this man directly behind me. He was speeding up behind me, getting so close that his headlights disappeared under my trunk. I was just bracing myself for the hit, thinking that he was going to rear end me off the road, but he didn’t. He was flashing his brights and honking his horn. He sped up and got next to me. He just leaned over the wheel and started staring at me. He wasn’t even watching the road, but just staring directly at me.

At this point, I was practically crying. Having been goth since I was about fourteen, I was used to being stared at but never like this. This was not the stare of a normal person. I remember just feeling that whatever this being was, it was not human. I’m real sensitive to the paranormal. I’ve had a lot of experiences and I can sense when something is not right.

I managed to get to the street by the police station, and I was going about forty-five mph at this point. I was hoping to get pulled over by the law so this guy would be scared off. Of course, the one night I want to get pulled over there wasn’t a cop in sight. I pulled into the police station parking lot, and I was rooting around manically for my phone. I didn’t find it, but I looked up just in time to see whatever he was, very slowly creeping by the parking lot. To my delight, he did not try to come into the lot. Still, he was staring at me as he was driving by slowly. Then, he just disappeared behind the building.

The creepy part here is that I never saw him come out from behind the station. It is possible that he hid behind it, but I left about five minutes later, and I never saw his car come out. Then, the story gets even creepier. After I’d calmed down a bit, I didn’t want to get out of my car to go in the police station, so I figured, “I’ll just spend a long time in my car, I’ll probably be OK.”

I decided to drop by my boyfriend’s house. I was in tears at this point and I told him what happened. He got this look on his face like he knew what happened. So I said, “All right, Dude, what’s up? What do you know that you’re not telling me?” He asked me, “Did he look kind of Hispanic with shaggy, black hair?” I said, “Yeah, how did you know that?” I hadn’t even described him to him yet, and what he said freaks me out to the point that I hate to repeat it. He said, “Yeah, that was Azrael, that’s the demon that I used to work with back when I was a Satanist. Since you’re connected to me now, he’s probably just checking you out, but probably a good thing that you came here.” At least, I think that was the name of the demon or something like it.

I had no idea whatsoever that he had even been a Satanist until that moment! We had only been dating for a couple of weeks. It was kind of like, do you have any other demon friends I should know about? What else do I need to know about you? We didn’t date for too much longer after that.

This was not OK, you know? I’m not a particularly religious person at all, but I know that there are things that you really just shouldn’t go messing with, and this definitely fell into that category. I never saw the demon guy again, thankfully. Still, every time I’m in Walmart late at night and see a car in the parking lot with someone sitting in it, I look closely to see if it’s that guy. I guess to most people it was just a creepy guy trying to chase after a girl at night, but it was just the feeling that I got off of him. I had a feeling like I was being chased by the Devil himself. Believe me, I screen my dates a lot more thoroughly now!

New England Legends Podcast 213 – The Devil and the Crying Rocks