I recently came across a photograph of a ghost taken in one of those photo-shoot booths found in amusement parks. This ghost was found sitting in a photo-shoot booth at Santa Monica Pier, Santa Monica, California. The ghost looks happy and inquisitive. When one looks back on an old photo, he or she needs to think of it as a ghost snapshot, a particle of time’s meanderings locked into place for a given moment. What was this ghost thinking in late 1969? Was it about going to fight in the Vietnam War? Was it about something to do with the paranormal? Was it about Vedanta? Was it about family? Was it about a woman he loved, what? Or was it maybe a little piece of each of those things, and the ghost was making arrangements with destiny to attend to each? That has to be the answer, then. We each see a ghost of ourselves in an old photograph. What did become of that ghost, you then ask yourself in a somber yet amused manner, what became of it afterwards? So it was with me. 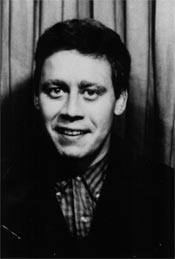