Missouri is one section of the United States filled with paranormal and ghostly activities. One of Missouri’s most enduring legends is American outlaw, Jesse James.

Born on September 5, 1847 near Kearney in Clay County, Missouri, Jesse Woodson James became one of America’s most endearing outlaw characters of the Old West. He grew up in St. Joseph, Missouri, and ironically, he was murdered there on April 4, 1882.

For those interested in information about Jesse James, here are two Web sites to investigate among many: www.stjoseph.net/ponyexpress/jesse.shtml, and also at www.ericjames.org. The Jesse James legend, and his ghost, continues to endure. 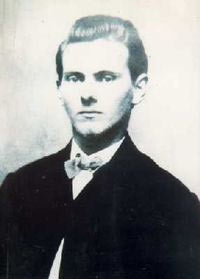