A couple of friends and I decided to visit the Chancellorsville Battlefield for the first time. We had gone to see the Wilderness Battlefield a few weeks earlier and had no outstanding events happen while we were there.

After leaving the Visitors Center, we decided to walk the trail that led down to the Confederate front lines. As we walked along, we came to the ditch dug by the Confederate soldiers. We then came to a part of the trail that crosses a black top road. On the other side of that, my friend Charlie noticed something moving.

He said, "Guys I think I just saw a ghost walk across the trail in front of us!"

We chuckled but took him seriously and started to look for what he said was a man in a white apron. The figure had walked from right to left across the path about 40 yards in front of us. We didn't see anything, but I took a picture in the direction Charlie said the ghost had traveled. We continued on down the path and finished our tour of the battlefield with no other incidents. 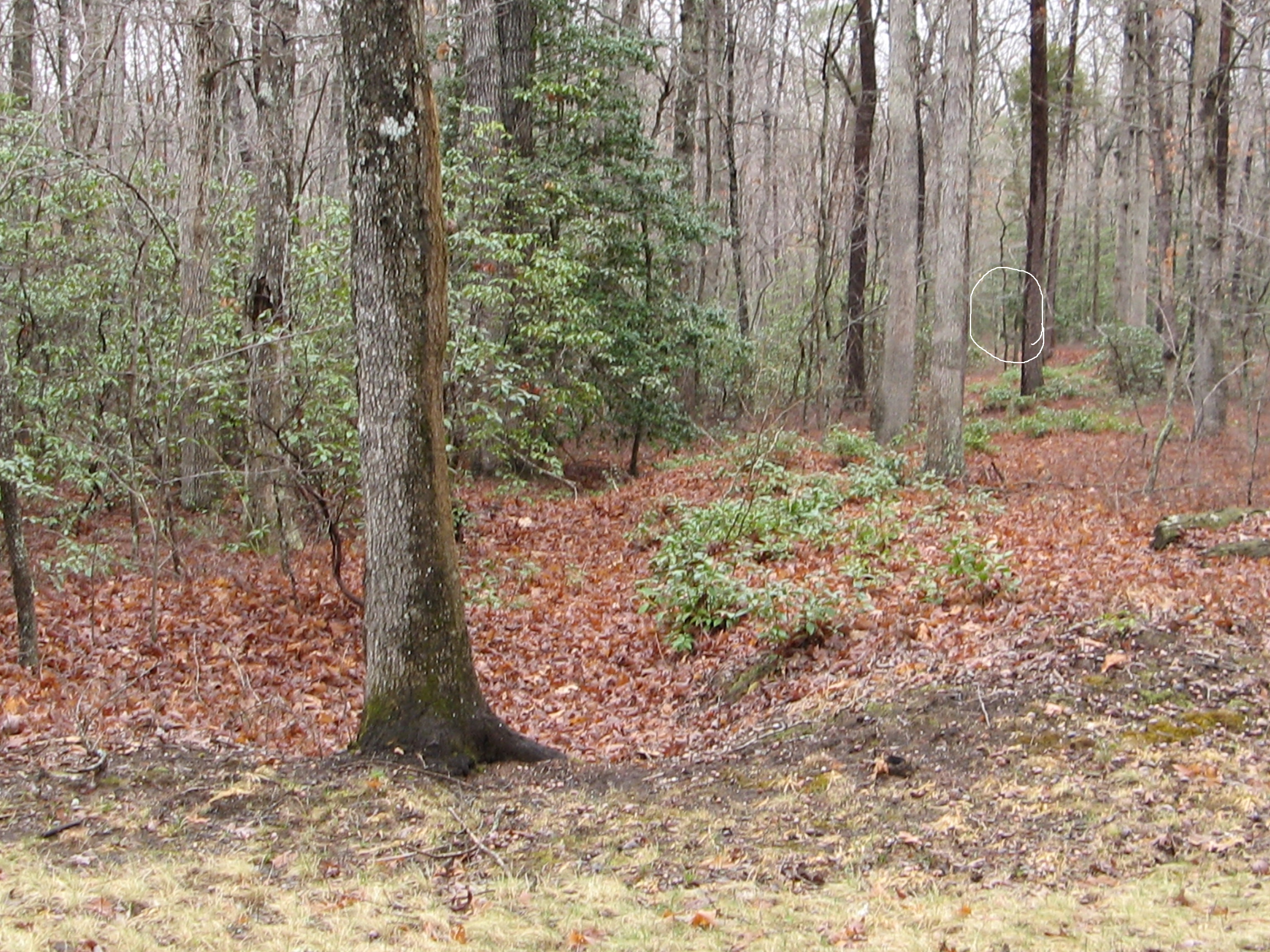 Later that night I downloaded my pictures. I looked closely at the picture I took of the path by the Confederate front line. I can see the ghost or shadow person that Charlie was talking about! I have always believed in ghosts and spirits, and I have seen a shadow figure out of the corner of my eye one time. But this is solid proof in this picture