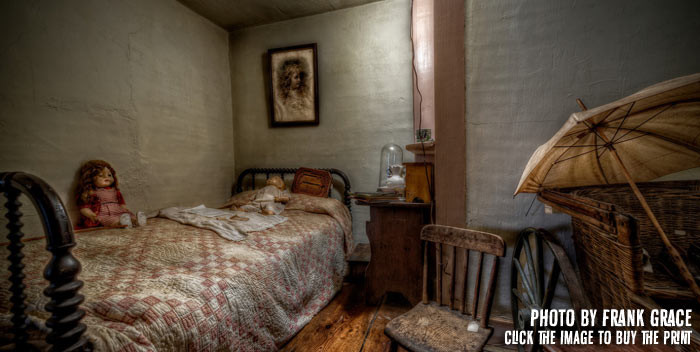 A dream, a visit from a friend and boyfriend who passed away 5 years before.

When I was a teenager, I had kind of a chip on my shoulder, from family problems etc., so often I would not be very emotional with friends or show my feelings. I had a best friend, her name was Rhonda. We just clicked from the moment we met 2 years prior to her death. We both liked talking about things like life after death and paranormal stuff. We once told each other that who ever passed away first, we would contact the other. Little was I to even imagine at that time, that this would indeed, come true.

I remember one time we went swimming with a few friends and one friend took me in the deep part of the water, knowing I could not swim, and let me go. I almost drown, and Rhonda was the only friend who came and sat with me while I was crying because it scared me so bad. She was very empathetic to me. Rhonda herself was an excellent swimmer, she had awards on her bedroom wall that she had earned from swimming events. Yet she understood what it must have been like for me to have almost drown not knowing how to swim. That is the quality of a best friend.

In 1982, I was 15 years old and my best friend Rhonda was 17, she was looking forward to turning 18 in 3 short months. We talked daily, went for walks, did all the teenage stuff together. One day she called me on the phone and asked me if I wanted to go to an outdoor type of party at Cullen Park (a small boat dock park) at the Maumee River. It was a very hot day in July, the 27th to be exact. She said about 5 other people were going and that they were going to have a cook out, play volley ball, and go swimming. I said to her “Swimming?” Why would you go swimming in the Maumee River? She said she had done it before and that you just had to wear your sneakers or water shoes to not get cut by rocks or glass under the water. I still did not like the idea of going in that fish-smelling dirty water, so I told her, and she said, “Well, you don’t have to go in the water, I know you don’t swim anyway.” She said I can just go for the cook out and maybe playing volley ball. I said ok, I have $20 in my pocket and I could chip in for food and drinks, yes, I will go. We hung up the phone. I sat there thinking to myself, and thought, I just don’t know if I want to go.

I called her back, and I said, “Rhonda, I don’t know, I think I am going to pass on it.” She said, “Oh come on, Rose, you will have fun.” At first I said ok, I will go, and then I changed my mind again. Finally, I said for sure, no, I’m not gonna go, sorry. She said to me, “Fine, be that way,” and hung up the phone. That would be the last words I would ever hear from her.

I sat there in my kitchen and I felt bad. I had nothing else to do that day and I thought to myself, I should go. I called her back, and her mom answered the phone and said she already left. So, I pretty much dropped the idea then and there. The next day, I was sitting in the dinning room of my home where I lived with my dad, and there was a little black and white T.V, we had on a table that was turned on. The noon news was on. I looked at the T.V, and saw a picture of my boyfriend Doug, who was 18 at the time and it said that he had gotten electrocuted to death by climbing an electrical fence the night before (July 26th).

I was in shock, I could not believe what I was seeing or hearing on the t.v. The first thing I did was dial Rhonda’s phone number, I wanted to tell my best friend what had happened to my boyfriend. I guess you could say I really needed my best friend at that moment. Her phone was busy, I tried another 3 or 4 times and kept getting a busy signal. I ran down the street 2 blocks down to another friend’s house, he was an older friend of the family. I was very distraught, and just in total shock, I ran all the way there. He answered his door and I spurted out what had happened, and he said, “Come on, you need to calm down, we can go for a car ride and talk.” So we go to get in the car and a neighbor of his came running up to his car and said, did you here what happened? He said what? The neighbor said, “Rhonda,” who lived one block from him and that he also knew, had drown in the Maumee River. He said they were looking for her body.

Now, I was already in shock about my boyfriend, and then I hear my best friend is dead. I didn’t believe it. I said, “NO! You are a liar, that’s my best friend!” My other friend got me in the car where I proceeded to fall apart crying. I can’t remember the ride or even getting home after that, or even what we said. The next thing I can remember is standing at Cullen Park looking at the river where many others were looking for my friend. I told myself, no, she can not have drowned, she was such a good swimmer, with all the awards she had hanging on her wall from swimming. There is no way she could have drown. But what I didn’t know was the river has currents in it and that is what took her down. I had told myself, she must have swam to one of the little grassy islands around there and she is knocked out and has not come to yet, that she was going to be alright. It was 2 days before they found her body in the river. All I can remember is not being able to sleep, shaking a lot, for months and months.

I worried that my best friend and boyfriend, never knew how I felt about them. Because I didn’t show my emotions or say things like, I love you, or, you are my best friend. My biggest worries were that they left this world and did not even know how much I cared about them. There was no funeral showing for either of them, for obvious reasons, which made it kind of hard to accept they were really gone.

So, now skip a head 5 years. I have been bothered by them not knowing each day of my life. It was something I felt horrible about. One night, not even specifically thinking of either of them, I went to bed. I had a dream. I was sitting in my bedroom and the furniture was arranged just how I had never before arranged it, and Rhonda, my deceased best friend was sitting next to me on the bed, and we were talking. I wanted to tell her she was my best friend and that I missed her so much, and how much it had hurt me that she died. But I could not get the words out. And just then I realized (in the dream) that my left arm was itching really bad. Before I went to scratch my arm, Rhonda said, “You need to scratch your left arm, Rose.” I looked at her and I said, “How did you know my arm was itching?” And she said, “I know, I know how you feel.” She had a smile and that unique giggle she had that I so missed, and she kept saying, “I know, I know how you feel.” The dream ended there.

She was telling me she knew the things I was feeling without me even having to say it. This WAS a visitation in my dreams. I know that for SURE. Very shortly after that dream visitation I also had one from my boyfriend, Doug who had died the day before my best friend did. In that dream we were in my bathroom and I was crying, I was crying harder than I had ever cried in my life and he was holding me saying, “It’s ok, Rose, it’s ok.” He also said, “I know how hurt you are,” and “I know you cared about me.” I kept telling him, I was sorry, so sorry, and that’s where that dream ended.

These were not dreams that I willed to happen. I have lost many other relatives including my mother and father and have never had a dream like that about them. I had never had a dream before those 2 that was so real to me. I am 50 years old now and I remember every single aspect of those 2 dreams, and I know, my boyfriend and my best friend and boyfriend, visited me in a dream state because it would have scared me any other way. In the dream I felt safe and everything felt normal. It was like I knew they were gone in the dream, but it seemed normal to see them and be talking to them.

Wow, I have to say, it has taken a lot out of me to write this stuff out, to go through those emotions again, reliving such tragedy, but I felt it important to share this with you. It is a 100% true story which can be proved from newspaper archives about both their deaths and I have copies in a scrap book and stuff from both of them. Blessings, Rose

P.S. I also grew up in a very old house, that I, and many others believe was haunted. In my thirties, I became a ghost hunter before it became popular and have visited many places and have had a few experiences, I am thinking about writing a book. (Thanks for reading).