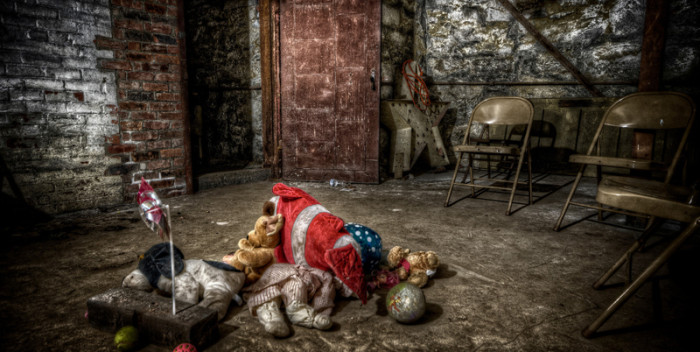 It all started when I moved into this two-story house. It was a very old house, rusted walls, smelly, and it was breaking down. When I first walked into the house I felt… oddly connected to it, like this was the place for me. I didn’t notice anything paranormal until years later, I think it was with the doll.

My mother went into my room we were packing to move again. She found a voodoo doll, she said it had a piece of hair stuck onto it, and it was made from straw. I didn’t know what to think about it besides being fascinated with the idea of living in a house with a doll that was made of someone, especially considering I’m a person who practices witchcraft. Anyway, when I was there I was playing with my dolls, and yes, I was a child at the time. While playing, someone or something touched my hair. I was frozen in place, my heart stopped, so I raced out of my room and told my mother what had happened. She still doesn’t believe me. And then there was the writing on the wall, anyone could have wrote this, but what makes me strongly believe that somebody didn’t even touch the wall was one, because I always looked at that wall and nothing ever was written upon it; two, it was carved into the most perfect hand writing I had ever seen. At least if it was someone living there would have been a few mistakes. And the last was it was so cold up there no matter how much heat we placed into the room nothing would keep the coldness from dying. So I know these aren’t really big experiences, but it’s what I though that I should put out there.