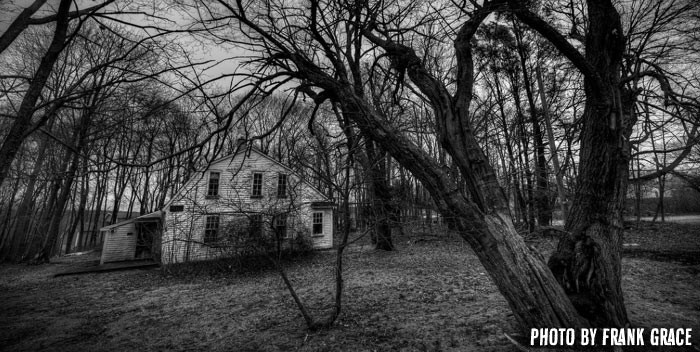 I was walking down the street with my dog, Poppy, when she started barking at the trees beside us. I picked her up and started walking, but she was struggling to get out of my hands. It was around 5.30 AM, and I need to walk the dog before going to work.

I thought I heard a child shout in the trees so I put Poppy’s lead on the near a lamppost and ran in. I saw there was nothing there but then I heard a twig snap. I thought it was just me so I began to walk out. The child shouted again and I turned around to see a faint glow in the distance. I ran forward toward it, and I see a small silhouette of a child–or so I thought. I step backward and the glow disappeared. I turned around, ready to get out of the trees when the figure stood before me once again. It reached into my stomach and I felt a faint stroke over my body. I ran into it and gpt out of the trees. As I ran out, there was someone running with me, the steps were out of sync of mine. I shouted “Help!” As I emerged from the woods I ran with my dog in my hands back to my house and locked the door as much as I could. I looked out my front window and “he” was standing by my car looking around. I ducked and breathed quietly. A shadow appeared over my face and I know it was looking through the window. I quickly fetched the phone and called my friend, but the call cut out instantly so I picked up my cell and phoned her again. She answersed and I tell her to come quickly. When she arrived about one hour later the sun was beginning to rise, and the shadow that had been there for the time on my floor moved away into the street.