There are numerous stories and theories behind the haunting of this famous Inn. We will look at some of the most well known. 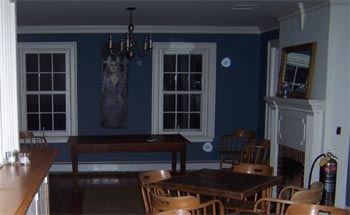 The first story and probably the most well known is the infamous poker game. As the story goes, a traveling salesman by the name of Mike McPherson was lodging at the inn; Mike enlisted himself in a poker game taking place at the inn that evening. During the course of the game, McPherson began winning and ultimately was the overall winner of the game. This upset the local patrons of the game and they accused him of Cheating. As historical record have it; a patron listed only as the old man, orders people upstairs to the man’s room. They were told to club the man on the head, take his money, and drag the body out back. There is never any mention of the old man being John Stone (people just have speculated it to be him) and there is never any mention of burying the body in the cellar.

Popular belief is that the spirits that roam the inn are that of McPherson, still looking for his money, Sadie the maid, Sam Thompson the cook, and Will the Bartender. Remorseful of being conspirators in this terrible deed; they wander the inn with regret over the past, while John Stone wanders about with an ever watchful eye on his establishment. 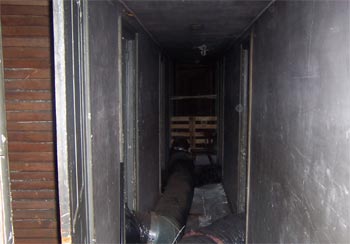 The next story is one of confusion and mystery. This involves a little girl who haunts the inn. Witness have reported seeing her staring out the window of the second floor and have also seen her staring through the kitchen window. There is a mysterious bloody dress that resides in the fourth floor attic open space. Yes, it does exist, we have seen it there and that is where it will remain. How did the dress get there and who was the little girl? According to town records, there is a listing of a young girl who was killed in the area. Town records have a Mary J. Smith, “killed by car.” The date was June 11, 1862, the girl was 10 years, 8 months, and 18 days old. The only cars during that time were train cars.

In speculation, this is how the story may go. The little girl is playing outside when the train strikes, people at the inn witness the horrible accident and rush to help her. Someone picks up the girl and brings her to the inn, while someone else runs to get the local doctor. Remember in the 1800’s Doctors still made house calls. During this process the girl succumbs to her injuries and dies. This would make sense as to how a bloody dress ended up in the attic, wouldn’t it?
There is also the story of a local fellow by the name of Burt Phillips. The story of Burt is one of a local fellow who was quite found of the inn and its hospitable atmosphere. Rumor is that Burt was also quite found of his drink as well. It was in the year 1890 that Burt came to the end of his life. As fate would have it, Burt expired at the inn. The jocular spirit that muses about at the bar is believed to be Burt, simply refusing to leave because he is still enjoying himself.

The last story we will deal with is the secret room. The story is that during a renovation workman uncovered a secret room at the end of the building that was thought to be used to hide runaway slaves along the underground railway. There are also rumors that there were tunnels in the front of the building that lead to a real train station that once stood down the street. 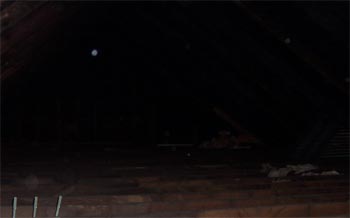 According to local maps, (Town of Ashland 1875) the inn had a livery stable attached to it; this building was attached to the inn via an outbuilding. By examining the foundation you can see where the outbuilding sat directly above the secret room. The questions that come to mind are these:

The theory that could support the secret room best would be that it was the foundation of an old outbuilding that connected the livery. During those days it was not uncommon to have servants areas and servant access to avoid them being viewed by the patrons of the inn. No matter what the scenarios were, it is up to what you believe, there have been many unexplained events that have taken place at the inn. Most of these can be explained but there are others that can’t.

So come on in sit down and have a meal, you never know who will be dining with you.