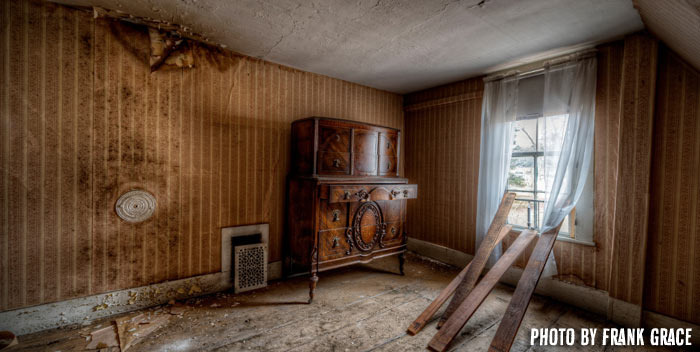 Last night I got up to use the bathroom. As I walked past our guest bedroom, I noticed a bright white light inside it next to the curtains. At first I thought it was moonlight from a full moon, but then I realized it was overcast. I paused for a minute and noticed my son’s torch was in the room and switched on. Next to the torch I could see a thin white fog moving around in a churning motion. I have always been sensitive to spirits, but I cannot see them… I only feel their presence. I felt something there and as I realized what was happening, I felt a bit scared. There was an intense energy in that room and as I watched the fog became thicker, churning faster and faster and moving towards me. It was as if a spirit wanted to manifest itself in front of me but the energy got too intense for me to bear. I went to wake my husband up, because he can see entities and communicate with them. But when we returned only the flashlight was still on. The light was very dim compared to when I was there a few seconds ago and my husband said he was too tired to sense anything. I did not take any pictures or video and although during my experience time felt like it was frozen, in reality my experience was very short, yet very powerful. I struggled to fall asleep after that. I heard tapping and other noises coming from that room afterwards, but because I cannot communicate I left things as is.