The Atlantic Paranormal Society (TAPS) has officially launched TAPS Academy, a new educational outreach event for investigators, by investigators. TAPS Academy debuts November 12 in Radford, Virginia with an intensive lecture portion at the downtown Norwood Room. In the evening, participants will break into groups to explore the St. Albans Sanatorium.

TAPS Academy is a unique educational series dedicated to a comprehensive approach to paranormal investigation and research. This is not to be confused with Ghost Hunters Academy, the SyFy show where Steve Gonsalves and Dave Tango mentored investigators as they competed against one another. TAPS Academy, facilitated by TAPS family member investigators, promotes community building as well as the nitty-gritty off-camera world of investigation and research. 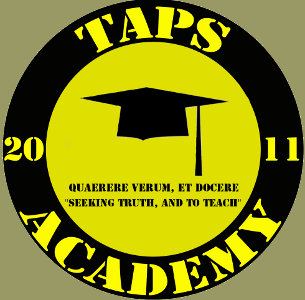 The concept consists of a daylong intensive lecture portion followed by a hands-on investigation at local historic site. The series highlights education while supporting historic preservation by donating a significant portion of the proceeds back to the locations. Kristen Perkins, the TAPS Family manager, and Chris Schlosser, a member of the Virginia Paranormal Society (VPS), are teaching the Academy. Local TAPS family groups will assist with the investigations. Schlosser is a Washington, DC based forensic biologist who appreciates the scientific approach to investigation. Perkins is an Oklahoma City educator by day and INsight Paranormal investigator by night.

Perkins and Scholsser informally exchanged ideas about a potential lecture series. They approached Jason Hawes during the TAPS Family Reunion in June 2011. He liked the concept and the Academy immediately came into fruition. The approach presented by Schlosser and Perkins fills a needed gap in TAPS's public outreach and education.

"We Are Not Trying To Be Experts."

Schlosser explains how this event is different from previous boot camps and other similar endeavors. "We are not just focusing on the practical investigation aspects of training. While we are covering proper equipment use, client interaction, and trying to dispel some of the popular misconceptions portrayed by TV and Hollywood, a major portion of this lecture is going to deal with the theoretical aspects of the field from multiple approaches and viewpoints. We will present real academic research in related fields such as quantum physics, parapsychology, and consciousness studies that have implications in the paranormal," he says.

TAPS Academy hopes to present paranormal investigators with a wide array of approaches while providing additional educational resources. "We are not trying to be experts here," stresses Schlosser. "We are just trying to be guides that can point people where to go to look further into what interests them. In addition, we also hope they gain some understanding of what goes on in a real investigation – not just what you see on TV."

The paranormal field is currently defined by controversy between divergent approaches and misconceptions about the role of scientific research. "Our goal is to try and bring it all back together with one focus and direct that focus to promote real advancement in the field," Schlosser points out.

Participants can opt to partake of the evening's investigation (however, the investigation is open to only those who have also purchased lecture tickets).

For this event, participants can purchase one four-hour time segment to experience the site under real investigative conditions rather than an "event" like atmosphere. TAPS Academy attendees can apply what they have learned during the lecture while on site. St. Albans, the first TAPS Academy investigation, is the perfect venue. 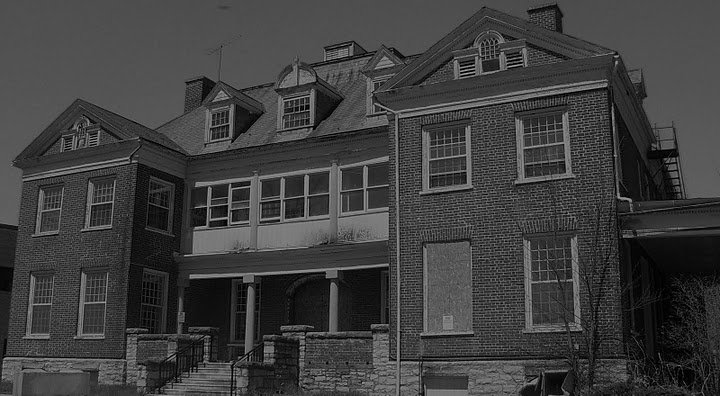 St. Albans was built as an elite boys school in 1892 and later became a psychiatric care facility. The site's future is undetermined. The urgency of the situation is one reason TAPS Academy selected it as their first stop. "We want to call attention to this unique property," explains Schlosser.

The location is rich in history, haunted lore and paranormal activity. VPS Founder Nick Ferra and his group were the first to investigate the site and will be on hand to assist during the TAPS Academy investigation. Ferra shares that "VPS is always excited to investigate St. Albans. The feeling you get within the walls of this historical location will make the hair on your arms stand up. We have had many unexplained experiences here and always look forward to conducting more experiments and investigating the location."

What Participants Will Learn

Jason Hawes, TAPS founder, is proud that the organization is moving in the direction of education and community outreach. Many viewers think Ghost Hunters represents the sum of TAPS's culture without realizing the diversity among TAPS and family teams. He has endorsed the TAPS Academy and it is promoted on the TAPS homepage.

The curriculum covers the historical legacy of parapsychology to consciousness studies and quantum physics. Likewise, the lecture gets into the basics, but also goes far beyond to be as inclusive as possible. TAPS Academy aims to provide an overview of the larger research field rather than a platform for one perspective.

TAPS Academy is for beginners and experienced investigators and will offer a useful way for regional researchers to network with one another.