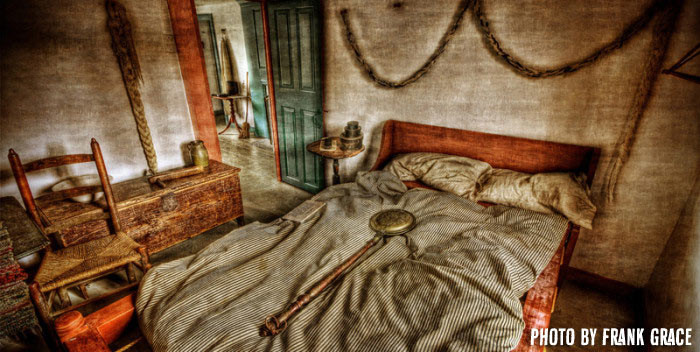 This happened when I was a law student in England in 1991. There were 10 of us girls sharing the housing provided by the university, each of us studying in different faculties and the majority of different nationalities as well. There were 3 floors, 4 rooms with 1 toilet on the ground floor, 2 rooms with wash area and kitchen on the first floor, and 4 rooms with a bathroom on the top floor. The housemate above my room (second floor) experienced the same attack as me.

One night, I felt extreme pressure on my body, I could not breathe. I thought I slept in one position for too long and tried to move, but I could not. Then I thought I was in a nightmare and started to move my toes and fingers. Ironically, I could move them but not my body. I felt extreme chilly air in my room though my heater was switched on as I heard the sound of it. I knew that I was attacked and started to pray. I prayed the Our Father, the Hail Mary, the Apostle Creed, and repeated them over and over again. The few minutes felt like hours to me. Slowly, I felt the pressure get lighter and then it was gone. I never had the experience anymore after that but my housemate above my room had a few similar encounters. And her floor mate who was studying to be a medical doctor and on her journey to be a Christian was constantly attacked. She heard footsteps of people walking up the stairs loudly every night. She tried to pray but the footsteps did not go away. In the end, her Christian friend would accompany her every night in the room or she would go over to her friend’s place to sleepover.

Sometimes in the evening, I could see someone looking out from the kitchen window even though no one was in. When I opened the door and walked to the kitchen, the figure was not seen in the kitchen. We girls wouldn’t close our room doors unless we were out. I checked all the floors and every room door was closed! Other girls had different encounters in the same house but we had not shared with anyone, fearing that we would be labeled as crazy.

I will share more of my encounters next time as I suspect due to the fact that no one took over my great grandma’s good “witch” doctor’s role when she passed away in Java, Indonesia, whatever that were with her followed our family members. My late grandma (her only daughter), my eldest aunt, my late mother and, my late youngest aunt have encountered all these “other livings.” Word of caution — do not doubt your own sense especially when something does not feel right. Our sixth sense, as some called it, is the gift of the Holy Spirit or guardian angel to watch over us.