On occasion, Ghostvillage.com will select two personalities in the paranormal field and throw out a series of questions for respose. Our first roundtable is with David Rountree, author of Paranormal Technology: Understanding the Science of Ghost Hunting , and Paul Browning, author of Thinking Outside of the Box and Hauntings at Octagon Hall.

Both researchers are regular lecturers on the paranormal circuit.

David developed a device that eliminates (non-paranormal) audio as being the case of EVP (electronic voice phenomena). Paul Browning took this device a step further by making it more affordable and smaller for the average researcher.

As David explains, the device uses a two-channel portable mixer. A dynamic microphone is put in one channel and a condenser mic in the other. Through this, he explains that "we can determine that EVP is caused by something besides audio. The fact that a condenser mic does not respond to EMF indirectly suggests that EMF (electromagnetic waves) is the cause of the EVP."

Paul uses an incarnation that is very portable and can be carried on the person. He has dubbed it the RVPR (Rountree Voice Phenomena Recorder) The original prototype David built several years ago fits on a six foot table, and requires a laptop and software to map out the EMF and the EVP and correlate them. Paul is using a simpler less expensive version of the concept and is gathering valuable data in the field that will allow for improving the device.

Both men are avid, technologically-based researchers. I wanted to gather them (metaphorically speaking) to discuss their opinions about the current state of paranormal research.

Deonna: Paranormal investigation today is increasingly defined by the role of technology. Rountree's book is a wonderful addition to that discussion, and Browning has augmented that by developing experimental equipment first used by Rountree. But let us back up and really look at how to work with both the metaphysical and the technological. Is it possible to combine the two? If so, how?

David: I believe they are both intimately related. I mean how can we study the effects of the physical, and not study and develop ways to measure the metaphysical? The two go hand in hand. When we understand the consciousness, we will gain a greater insight into the metaphysical. 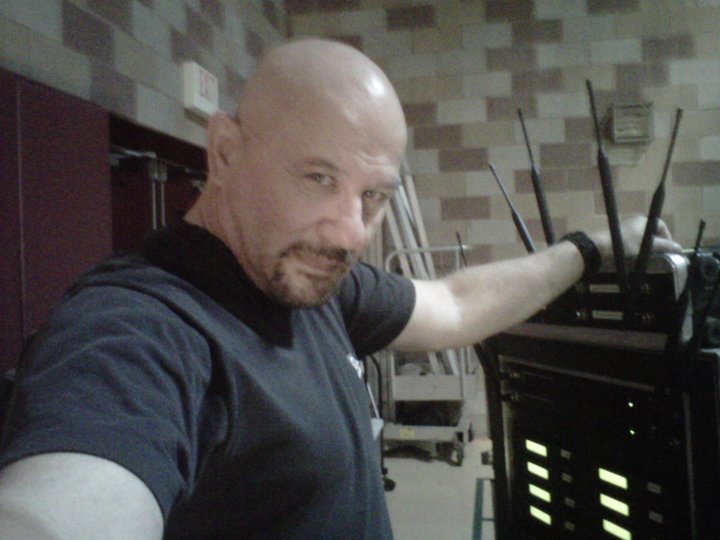 But there are things we can do now. For instance, I have been working with psychic and mediums in an attempt to measure any environmental changes that occur when they do their thing. The initial data seems to indicate that there are emerging low frequency EMF signals that coincide with them getting their information. So yes, I feel they must be connected, and as such, both elements must be the subject of study.

Paul: Although I rely more on the technical and the psychological aspects of investigating, the metaphysical remains to be fully understood. My reasoning for leaning towards the technology side is that I have no special abilities to reach into and use to verify any kind of psychic impressions or feelings. Instead, I took a new path to working in the paranormal that I haven't seen used much: the psychological. With that aspect, the investigator begins looking for answers on a level that doesn't have them trying to trap an animal. Instead, they deal with the other side as with respect and with intelligence. 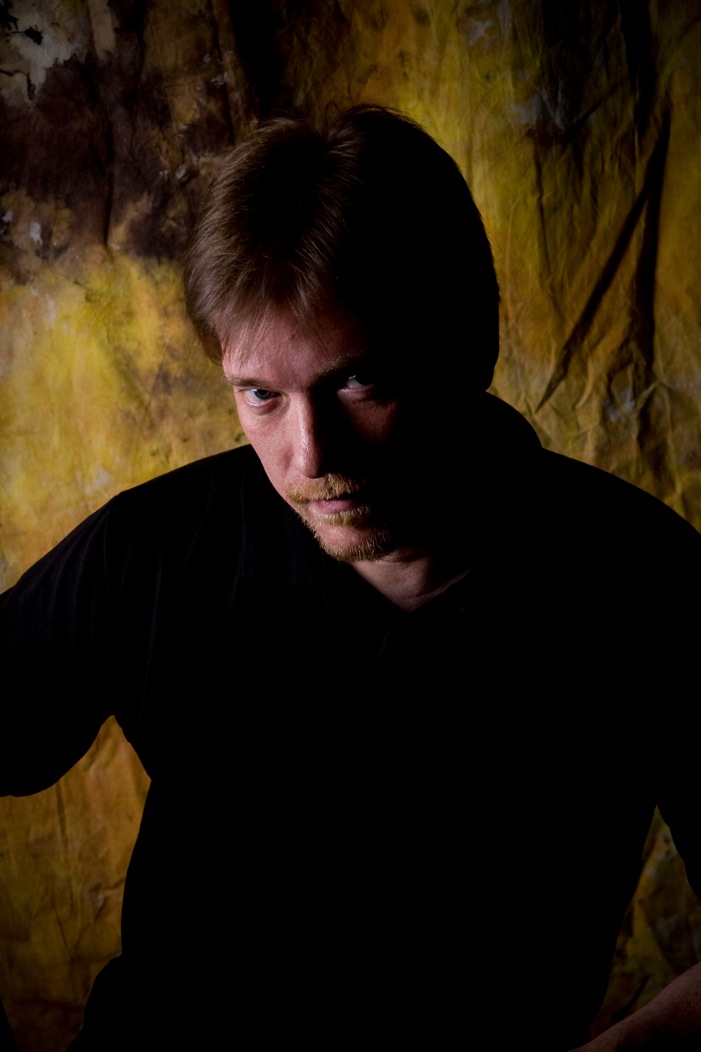 And before continuing, I feel that it is necessary to get a clarification on the hardware I'm using. Originally developed by David, I'm simply using a scaled back version that was more affordable. The hardware itself was referred to me directly by David. I make no claim to be an owner of said device. However, I did write a layman's guide to build, use and operate it.

Deonna: So many people consider EVP to be the strongest form of paranormal evidence. This is mostly a reflection of current technology — in the past, many thought photography offered solid proof of ghosts because that particular technology was most accessible at the time. How important are EVP and are there other variables that may be just as necessary in understanding ghosts, hauntings, spirits?

David: EVP is certainly in my opinion one of the keys to finding the truth. It has certainly led me down a path of discovery. But we must not just accept a voice on a recorder at face value. We have to eliminate the natural sources for it before we can say its paranormal. This means you have to do a little more work than talk into a microphone. You have to scan for RF (radio frequency) interference, make sure you are not getting demodulated audio from a radio source nearby, in other words, we have to actively debunk not just EVP, but all of our evidence to eliminate false positives. If we don't, someone else will, and that isn't fun. A lot of folks in the field make a lot of extraordinary claims, but at close scrutiny, the claims collapse. As responsible researchers, we need to insure our evidence is as strong as we can make it. Debunking is a valid tool for doing this. Anyway, discovering the source for EVP, has led me to discover other key elements of a paranormal event horizon.

Paul: Following the above paragraph closely, you'll find my own thoughts. Having a voice is one thing, knowing where it came from is crucial. It is still part of the process. The majority of the paranormal groups are happy to know they have something and I feel that scrutiny isn't at a level that's sufficient enough to hold them at their claims. With the RVPR, that I am still field testing, there is an added layer that makes a claim hold more water. But…it still doesn't show where the voice came from. That part is still, as David said… the mystery.

Deonna: At this point, what do we know about ghosts and hauntings that we didn't know before from 150 years of psychical research?

David: I hesitate to use the word "ghost" because we have yet to scientifically define the word. But we are working on it. What we know is that there are measurable changes in the environment that seem to be caused by a type of conduit opening up. About 90% of the activity at a paranormal event horizon isn't paranormal at all, but quantum effects created by what we believe is a wormhole opening up. There are many data factors that have led us to this initial conclusion, primarily because it is the only thing in science that makes sense for it to be based on the data set collected. The actual paranormal event itself, may also have an explanation in Quantum Mechanics, in that intelligent energy may be projecting its image, or an image on the holographic boundary of that wormhole, causing us to perceive an apparition. "Residual hauntings" may be simply that we can see into the throat back in time to the actual event, and we are witnessing the event at the time it occurs. This is because a wormhole can transcend space and or time. Currently, my work in EVP has led me to my current research into wormhole phenomena and its connection to a perceived paranormal event.

Paul: I DO think that with technological advancement, answers are eventual. How far that remains is still to be determined. But I think we all can agree that over that time span, there have been major leaps in technology. Using that as a model of where we could end up, the future could be closer than one thinks. Could all this be the result of a wormhole effect? Possibly. Do I know? Nope. Will a temporal linkage between two different time periods that create a form of time differential ripple effect cause minor changes? Ya got me. But for now, we're all taking baby steps. And as long as weÕre taking ANY steps…I'm hopeful we'll gain momentum and continue forward.

Deonna: Where is actual research headed?

David: It depends on who you follow. Many are still beating the same drums that have been beaten for twenty years and are going no place. Others are becoming cutting edge. The use of data logging technology, Torsion field detection circuits, UV light, extended spectrum cameras and EMF triangulation devices are making discoveries left and right, and confirming them with each other. There are a handful of researchers in this country and abroad who are closing in on the answer. Instead of doing TV shows, they are doing the work. That is where the story really is. The discoveries are fascinating, and of course getting no publicity except in limited circles.

Paul: You're a hard man to follow, ya know that, in this conversation anyway! Honestly, I think that some of the biggest mistakes are being made by investigators today because they're content with doing things that they see on television. They are not after the "what for" or the "why." It's all about quick answers, quick claims, and "on to the next case!" But instead, the answers they are looking for have yet to be found.

I left doing residential because I wanted MORE. I felt that it was a bit of a disservice to the public to not know the exact answers of things. And what the public is really doing is simply making a determination of whether the location has activity or not. What that activity actually is continues to remain unknown to them. To all of us. And that leaves it all in the hands of the researchers.

I'm very happy to have met very interesting and intelligent individuals who are working on projects and testing things to try and get to the answers. And although I may not be in the same league as David Rountree, or some of the other people I'm keeping up with that are doing research, I feel I can continue to do my part by field testing the hardware, and continuing to devise new ways to work with these "people" (ghosts or whatever) and see if I can get more reactions and interactions out of them along the way. And know that those answers don't come from blinky lights, but rather from some form of data-logging hardware.

David: People like Paul are vital elements to the discovery process. Just because I design a device, take it out, and make a finding, doesn't mean it is true. It takes many people duplicating the work and finding similar findings to make a compelling discovery and compelling fact. Paul is one of a handful of researchers around the country who is doing this, and in the process, making his own discoveries. Sharing our work, our data, and our techniques and protocols makes this type of research possible.

Deonna: Thank you both for your time!