Personally, I feel that orbs in photos are the least form of evidence but the attached photos are impressive. My wife and I go ghost hunting once in a while and this year for my birthday we went on a ghost tour of San Diego. These are well-documented haunted locations. In the William Heath Davis house we all smelled a pipe though smoking is definitely not allowed. In the dining room, shown in the first picture, a lady is seen at the same time each evening and we were there at that time. There's a large orb in that photo but no lady. We went to other locations and ended up at the Whaley house, which is perhaps the most haunted place in California. In the graveyard next door we took photos and in the first there are two orbs by my wife. These showed up on two different cameras. The last photo was taken as we were leaving and I heard a noise that sounded like a branch breaking and turned to look. There is a large orb right where I heard the noise and this was caught by the camera.

We use these cameras all the time and they never produce orbs. Very strange that they would only produce orbs in well-known haunted locations, isn't it? 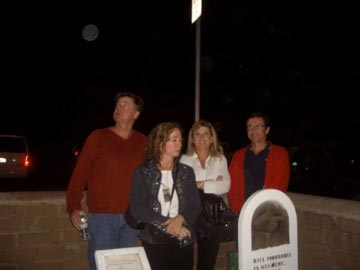 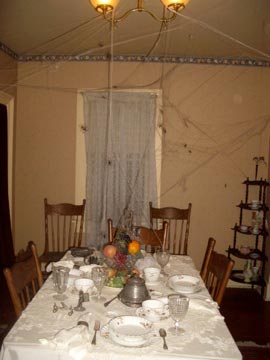 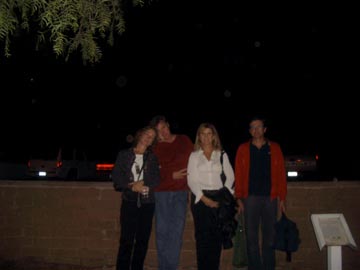