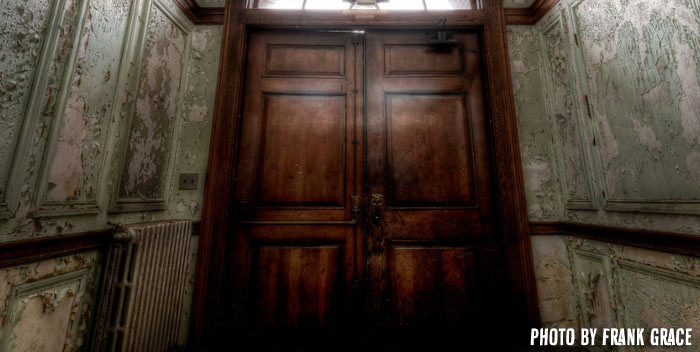 My mother was dying from lung cancer and I dropped everything and placed my life on hold to take care of her during the last three months of her life. This particular event occurred on the day after I took a leave of absence from my job and temporarily dropped out of college.
I was making coffee and preparing breakfast for my mother in the kitchen when I heard the front door slam shut. I knew that she and I were the only two people here, and I immediately went outside to see what was happening. She was barefoot wearing her pajamas and pink fuzzy bathrobe. She was going to get the morning paper out of the box and seemed agitated more than usual. She almost fell off of the front steps when I got to her. I tried to help steady her when all of the sudden I felt something cold and metal right in my ribs. Somehow she had gotten her 38 and stuck it under her housecoat. She started screaming at me that she would shoot me and she didn’t care. I heard her attempting to fire off the gun several times, but it didn’t discharge.

I wrestled her back into the house and managed to somehow get the gun away from her. The entire time this was happening I kept hearing my grandfather who died when I was almost nine years old. I actually smelled him before I heard his voice. He always smelled like Beachnut gum and wool because he always wore a wool hat and chewed that brand of gum.

He kept telling me, “Stay calm. I won’t let her hurt you, Lynne, I promise. Just stay calm and everything will be ok.” He repeated this about six times before I was able to calm her down enough to get her back inside and get the gun away from her.

Later that morning one of my mother’s friends dropped by for a visit. I showed him the gun and told him what had happened. I also mentioned the fact that if the safety on the gun had not been on that I would have been dead. He took the gun out into the field behind the house and shot it with no trouble. He had the weirdest look on his face I have ever seen. “I hate to tell you, Lynne. There is no safety on that gun. I have no idea why it didn’t fire when she pulled the trigger!”

I have had several encounters with my late grandfather and grandmother over the years since they died, but this was the most profound one of all. I have also seen and interacted with ghosts for most of my life.

When I was little my mother used to take me to a local cemetery to “play” with my friends, the dead children who used to talk to me when we would ride by there. I learned the months of the year from tombstones.

I have also seen “The Bingham Light,” a local folklore tale near here in Dillon County, South Carolina. A man lost his head in a train accident many years ago and is still searching for his lost head with a lantern. I saw it back in 1984 with my sister, best friend, and late mother. The crew from “That’s Incredible” tried to film it back in the 1980s but were unsuccessful in capturing it on film.