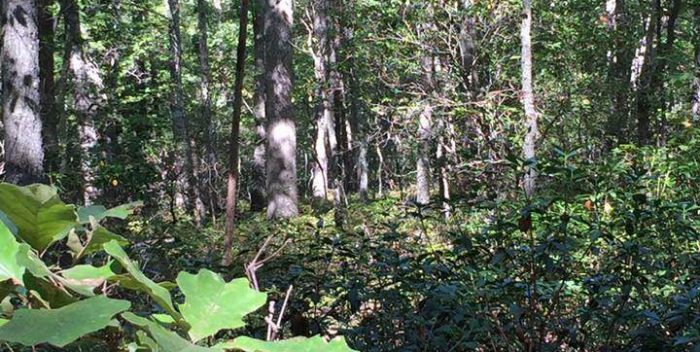 Not too long after my second daughter was born, I decided to take a trip down to Chancellorsville Battlefield. I am a direct descendant of a Confederate Soldier that fought at and was wounded at Chancellorsville, so I wanted to go see where my great, great, great-grandfather saw action. I got to Chancellorsville and visited the Visitors Center. I talked to a gentleman behind the desk in the center’s shop, explaining who I was, and asking if he could point me to where the 13th North Carolina saw action. He was kind enough to bring out maps and gave me a brief summary of that day’s battle. After answering several of my questions, he handed me a battlefield map and sent me on my way toward the 13th.

When you walk down the road, the trees become very thick. I could hear cannon fire and hear men screaming. I figured there must be a reenactment close by, although I didn’t know of any that were scheduled, and the kind man in the shop didn’t mention any. Still, the battle waged on as I walked further along the road. On my right I saw an entrance into the woods. Looking at my map, I quickly decided that this could not be the entrance to get me back to the 13th. So I passed it and kept walking. The battle all of a sudden fell silent as I passed the entrance by. I walked a bit further and realized that the entrance into the woods that I had passed up was indeed they way I wanted to go. Not wanting to miss an opportunity to explore, I kept walking to the second entrance into the woods. I turned left and entered the thick woods. Immediately, it felt like a wall was put up in front of me. I couldn’t move, and I felt as if something didn’t want me there. So, being a stubborn woman, I loudly said, “My name is Angela Blackham, third great-granddaughter of Private John Wadkins, 13th North Carolina, Company D. I seek safe passage to see my grandfather.” In a instant the air cleared, the wall was gone, and I felt welcomed into the woods. I walked in and started along the patch. The path made a half circle, which went back to the first entrance and passed where the 13th saw action. As I walked it felt like someone was walking with me. I could hear footsteps and hear the leaves and twigs crushing under the weight of someone’s steps. Every time I would stop the footsteps would also stop. So I wouldn’t creep myself out, I began to talk. I figured if I was a ghost from 1860s, what would I want to know about today? The footsteps continued with me as I talked. Each time I stopped, looking for animals or any other reason for the footsteps, they would stop as well. I finally made it to the 13th’s trenches. It felt like a lifetime to get back there. I took several pictures while I was there and then headed out. When I got home, I took a good look at my pictures and managed to capture what I believe were two ghosts. The first was of a the top half of a soldier. You can see his smiling face, curly hair, and haversack that was slung across his body. Immediately above him, is a man standing at attention, facing the opposite direction. You can make out his full form…the only problem is, he would have been standing about four feet off of the ground. Looking back at my experience, I honestly believe that I headed through a picket line and was given safe passage back to my great, great, great-grandfather. 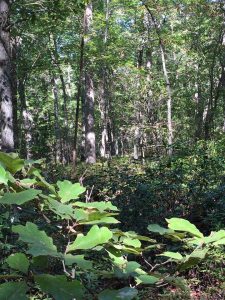 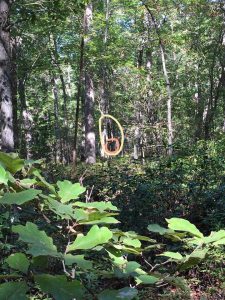