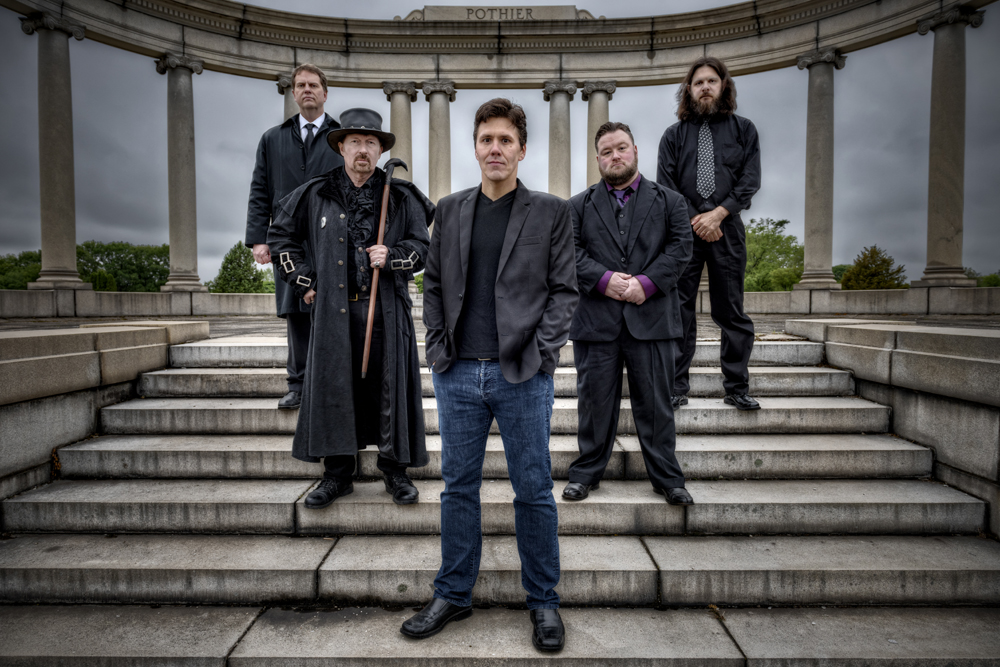 Come for a night of haunting history and scary tales from across New England told by the leading authorities on spooks and legends. Set to the eerie photography of Frank Grace, this theatrical performance by Jeff Belanger, Carl Johnson, Tim Weisberg, and Andrew Lake may just make you a believer!

Jeff Belanger is the author of over a dozen books on the paranormal. He’s the Emmy-nominated host, writer, and producer of the New England Legends series on PBS, the writer and researcher for the Ghost Adventures series on the Travel Channel, and a noted speaker and media personality. He’s appeared on History Channel, Travel Channel, PBS, NECN, Living TV (UK), The Maury Show, The CBS News Early Show, CBS Sunday Morning, FOX, NBC, ABC, and CBS affiliates, National Public Radio, The BBC, Australian Radio Network, and Coast to Coast AM.

Carl L. Johnson has been investigating reports of strange phenomena for the past 30 years, beginning with his association with noted ghost-hunting couple Ed and Lorraine Warren. One of his early cases involved the Perron Family in Harrisville, Rhode Island. Forty years later, this was the subject of a motion picture titled The Conjuring. Carl was featured in the first and second seasons of the SyFy Channel series Ghost Hunters. He’s also been seen on Animal Planet, A&E, and the Travel Channel.

Tim Weisberg created the Spooky Southcoast Radio Show on WBSM in late 2005. The show combines an entertaining and interactive format with the world of the paranormal. Tim is also the author of Ghosts of the SouthCoast, he’s the writer and researcher for the Ghost Stalkers series on the Destination America channel, and he’s been featured on The History Channel, Travel Channel, Discovery Channel, and LIVING TV. A sports writer by trade, Tim also covers the Boston Celtics and the New England Patriots for The Standard-Times.

Andrew Lake is a New England native who has been fascinated with ghosts ever since his first encounter with one at the age of eleven. Since then, Andrew has traveled around southern New England investigating haunted locations and interviewing folks who have had their own experiences with visitors from the other side of the veil. He is the founder of Greenville Paranormal Research and the author of Ghosthunting Southern New England. Along with being a regular on the web-cast television show 30 Odd Minutes, he can be seen in the documentaries The Bridgewater Triangle and The Legends of Dolly Cole. He also appeared on the television series Monsters and Mysteries in America and has contributed to Spooky Southcoast radio.

Frank Grace utilizes a special technique called Trig photography that turns renowned haunted buildings into stylized, yet creepy, works of art. Frank has been photographing weird and wonderful New England for the last 12 years. He combines his camera and eye with Photoshop manipulation to bring out the surreal aspects of his subjects.

He’s been a finalist for Ron Howard’s “Project Imagination” for the last two consecutive years, and he loves all things ghostly and haunted. Frank uses a Nikon 36-megapixel DSLR camera with a variety of wide-angle and fish-eye lenses. In 2014, he published his first wall calendar: Haunted New England with Tide-mark Press Ltd.